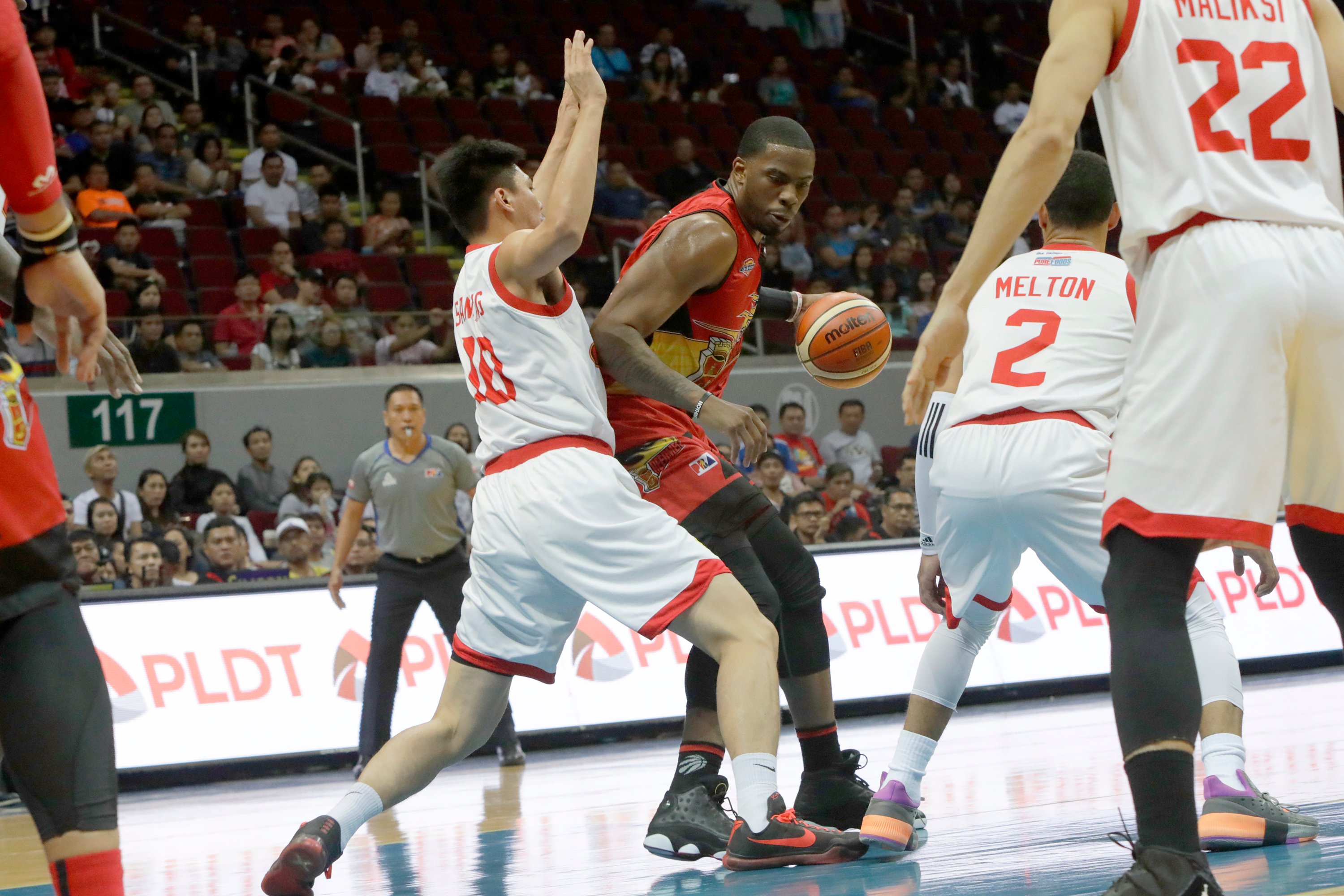 San Miguel Beer escaped Star, 77-76, to even their semifinals series at 1-1 in the 2017 PBA Commissioner’s Cup Monday night at Mall of Asia Arena.

Charles Rhodes finished with 21 points on 9-of-14 shooting from the field and 10 rebounds for the Beermen, who bounced back from a 109-105 defeat in Game 1.

Game 3 is on Wednesday at Smart Araneta Coliseum.

San Miguel survived Ricardo Ratliffe’s 25-point, 35-rebound game, the fourth most rebounds in a PBA game and the second most in the playoffs behind Michael Hackett’s 45.

Mark Barroca had a chance to tie the game with an and-one play with 43.1 seconds remaining, but he muffed his bonus freebie. He would atone for that miscue with a steal on a Fajardo cross-court pass to give the Hotshots one final chance with 23.0 ticks left, but Lee missed the game-winner late against the defense of Santos and Chris Ross.

“This is the kind of games we’re expecting. I know what Star is thinking right now before the game. They want to win and to bring us down to 2-0. But I have to commend all the players, because they know that they have a role to do. Star knows our weakness and our strength and it’s a chess match. I hope next game, we’ll get the momentum because of this win,” said Austria.

Jio Jalalon added a career-best 18 markers and two boards in the losing effort.