Garcia shines as backup to Castro 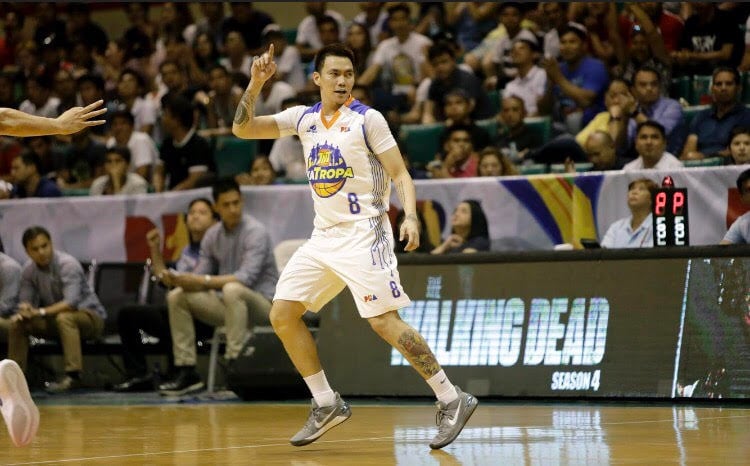 RR Garcia proved Friday he can hold down the fort for TNT in the absence of the Best Point Guard in Asia.

During the moments where Castro sat on the bench to rest, Garcia took command and ran the KaTropa’s show as an effective floor general to help TNT get a 122-109 Game 4 victory over Barangay Ginebra in the PBA Commissioner’s Cup semifinals.

The KaTropa eliminated the Gin Kings 3-1 in their best-of-five series, and Garcia showed he’s a player that TNT can depend on.

“It’s a big deal for me to fill in for Jayson’s spot so he can rest for a while,” said Garcia, who had 18 points in 25 minutes of play.

“When he goes out, I’m the one playing his position and of course if I’m lucky I sometimes get to play alongside him.”

Well if Garcia’s “lucky” that’s bad news for opposing teams and the Gin Kings were unfortunate enough to experience it first hand as they struggled to defend the wily guard.

Garcia scored 10 of his 18 points in the second quarter when Castro had most of his rest.

And while Garcia softened up Ginebra a bit, it was Castro, who dealt the finishing blows as he scored 10 of his 38 points and led the KaTropa durng a crucial 19-3 run to end the game.

LOOK: John Regala discharged from hospital, on his way to recovery

‘Burado’ gets the axe due to COVID-19 pandemic