Bolts use big 2nd half in rout of Gin Kings 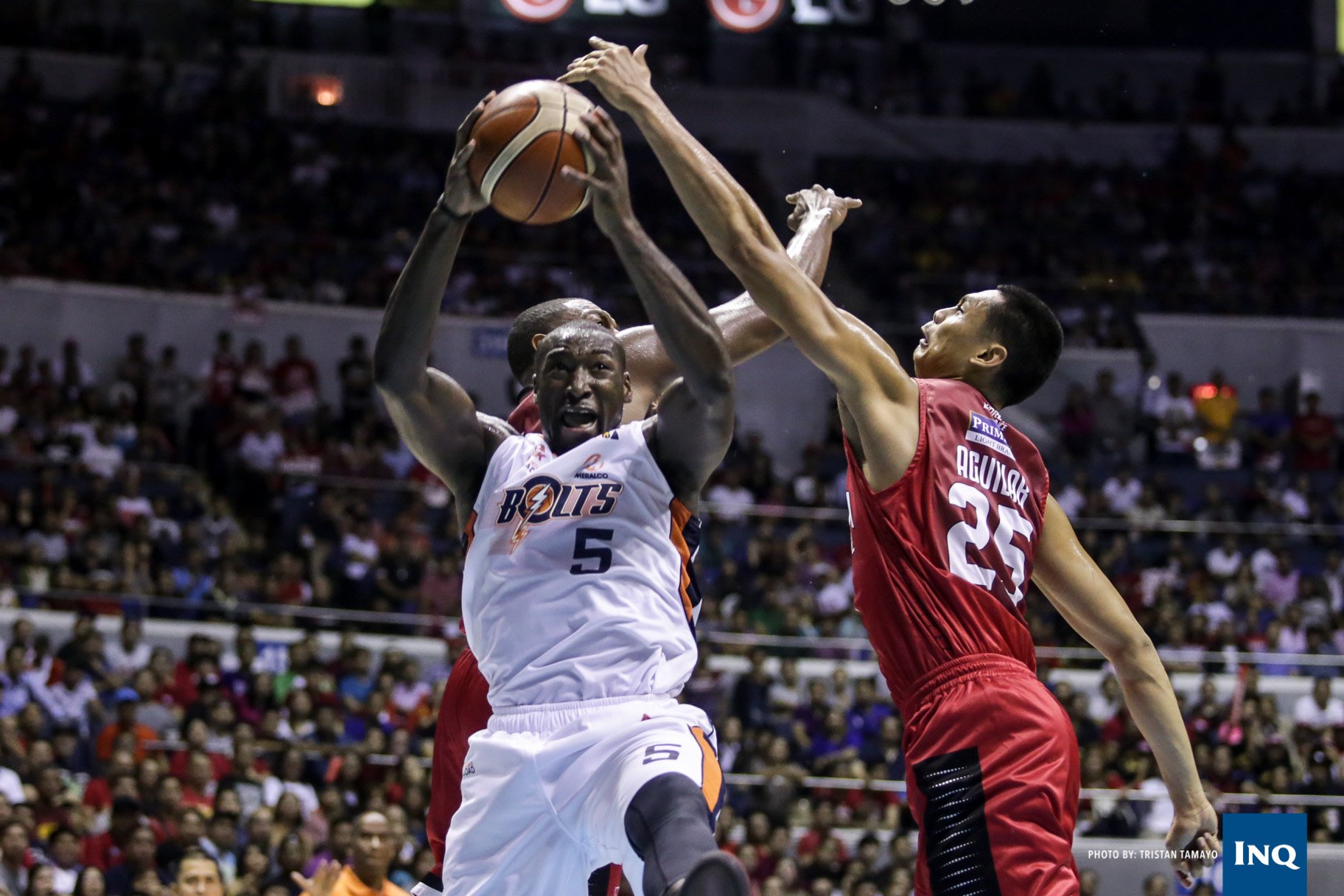 Allen Durham had another dominating outing and Meralco shook off a slow start to rip debuting Barangay Ginebra, 93-78, in the 2017 PBA Governors’ Cup Sunday night at Smart Araneta Coliseum.

Durham bullied his way to 30 points and 24 rebounds with nine assists to power the Bolts, who trailed by as much as 11 early before a big third quarter got them cruising to a big win in a rematch of last year’s finalists in the same conference.

“I’m very happy with our effort to night especially on the defensive end. We played good defense the entire game. A lot of people were involved with that,” said Meralco head coach Norman Black.

“Cliff Hodge did a great job defensively today. LA Tenorio got off to a quick start but after that I thought Chris Newsome also picked up his defense against LA. I think overall it was just a great defensive effort.”

The Bolts outscored the Gin Kings, 29-12, in the pivotal third period where swingman Jared Dillinger fired 12 of his 17 points.

“In the second half we played much better offensively, moved the ball better, started to make some shots. JD (Dillinger) made some outside shots for us and 3-point shots that opened up their defense,” said Black.

“Overall it’s just a great start for us. I’m really happy for the players they worked hard in the offseason,” Black added after his team rose to 2-0.

Meralco also ruined the return of Ginebra center Greg Slaughter, who played his first game in 10 months due to an ACL injury.