NLEX comes back to beat Phoenix for 4-0 start 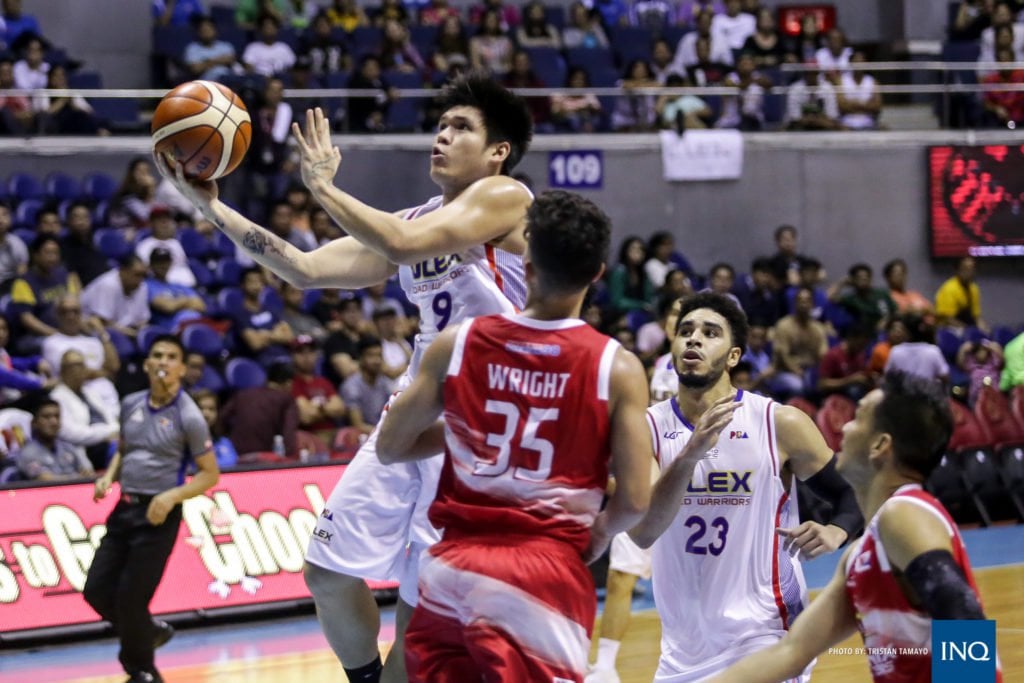 Carlo Lastimosa and Alex Mallari took matters into their own hands as NLEX stayed unscathed through four games in the 2017 PBA Governors’ Cup with a 95-91 win over Phoenix Sunday at Smart Araneta Coliseum.

Down 10, 78-68 with 8:58 to play, Lastimosa sparked a 13-2 run to get the Road Warriors back in the game, 81-80, midway in the payoff period, before Mallari put on the finishing touches, none bigger than his trey from the right wing with 9.5 seconds remaining.

“We’ve been winning games in the end game, and we’ve been able to hold our own and pull through in the crisis situations. That’s a good sign for a team that’s really just trying to put it together.”

Lastimosa dropped 11 of his 14 points in the fourth quarter, while Mallari also got 14 markers, eight coming in the final frame, that went with of five rebounds and three dimes.

Aaron Fuller topscored for the Road Warriors with 18 points and had a game-high 24 boards.

Kevin Alas, who has been NLEX’s most consistent local this conference, chimed in 13 markers and four rebounds, while JR Quiñahan had 10 points and five boards in the victory.

Despite leading the standings with a 4-0 mark, Guiao said NLEX’s the coming games against powerhouse teams will determine if his team is really for real.

“We have four wins, but I don’t know if this is true or we’re just being pretenders. The signs are good, but we’ll see in the next games. The elite teams are coming up, so we’ll see how we’ll fare against them,” he said.

Their efforts, however, couldn’t stop the Fuel Masters from dropping their second straight defeat and sinking to an even 2-2 slate.