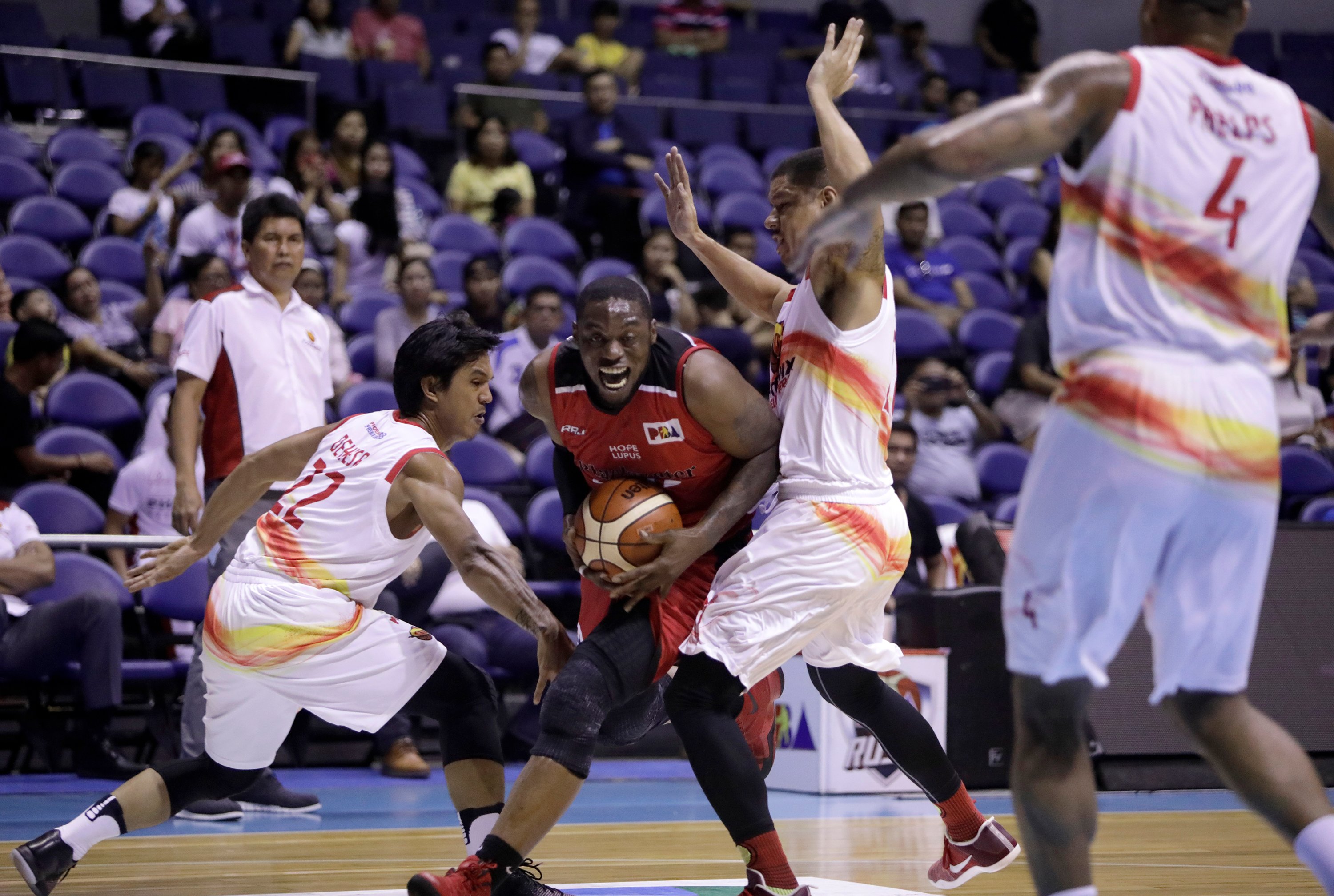 Returning import Henry Walker and Mike DiGregorio teamed up to lead Blackwater to its first win at the expense of Phoenix, 92-86, in the 2017 PBA Governors’ Cup Sunday at Smart Araneta Coliseum.

Walker, who is in his third tour of duty in the league after playing for Alaska in 2014 and NLEX last year, battled through cramps in the fourth quarter to post 32 points and 15 rebounds while DiGregorio came up big with a career-high 28 points.

“Finally, we’re able to get the win. Special thanks to our new import Henry Walker,” said Blackwater head coach Leo Isaac, whose squad improved to 1-3.

“Going into the ninth minute of the fourth quarter he was complaining of cramps and he was challenging his teammates to be on the top of the situation. But still, he was able to hit shots and grabbed rebounds and we’re very happy that we have an import like Walker,” Isaac said.

Blackwater put the clamps down on Phoenix’s explosive import Eugene Phelps, who scored just 13 points on 5-of-13 shooting from the field, in 40 minutes.

RJ Jazul also had 13 points on top of seven rebounds and three steals for the Fuel Masters, who turned the ball over 23 times, slipped to 2-3.

Read Next
Beermen trip KaTropa in first meeting since PBA Comm’s Cup finals
EDITORS' PICK
Sex on the menu for Pogo workers
First female commodore named
Foreigners prepare to flee as China virus toll tops 100
We Can’t Guarantee You’ll Win a P20 Billion Jackpot, But We Can Help You Try
SM continues to send relief assistance to remote towns in Batangas
Best Gift Ideas in the Philippines
MOST READ
Sex on the menu for Pogo workers
‘Normal people doing normal work’ need not wear mask – WHO official
Kobe Bryant gear pulled out of Nike online store in wake of his death
Lacson on VFA impact study: ‘Better late than never’
Don't miss out on the latest news and information.