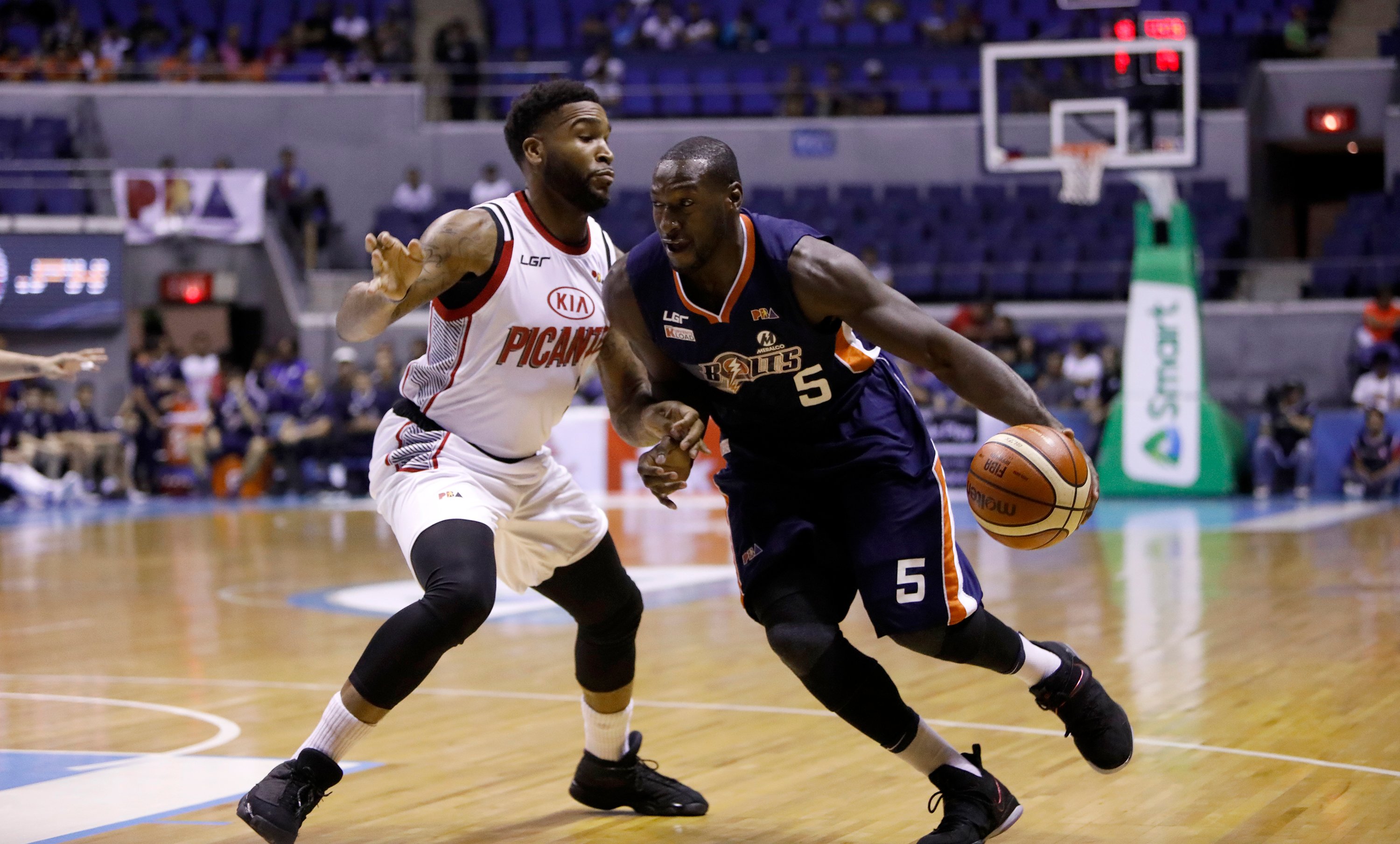 Durham collected 25 points, 11 rebounds and 13 assists to lead the Bolts, who upped their mark to 4-0.

“I thought it was a very good effort from my team today, both offensively and defensively. We really wanted to be very focused going into this game,” said Meralco head coach Norman Black. “We didn’t want to stumble, because our goal is to try to stay in the top four and try to get one of the twice-to-beat advantages.”

“I think AD (Durham) should be given a lot of credit for this game. A lot of other players also stepped up today, particularly Amer, and Newsome. But I thought AD was really the difference today as far as our game was concerned,” Black said.

The Picanto kept the game close early but it didn’t take long for the Bolts to assert themselves and take control with a 57-41 halftime lead.

Meralco sustained its strong play despite losing two of its key players in Cliff Hodge and Reynel Hugnatan due to injuries.

Hodge rolled his ankle late in the second quarter while Hugnatan also suffered an ankle injury in at the 3:10 mark of the third quarter. Both did not return.

Chris Newsome added 19 points, 11 coming in the opening period, and seven assists for Meralco, which has beaten all of its opponents by double-digits this conference.

The Bolts had 31 assists and only 10 turnovers and Black attributed his team’s unselfish play this conference to Durham.

“He is really been the one who has led our attempt to be very unselfish this conference. We’ve been averaging around 26 assists a game going into this basketball game,” said Black.

Markeith Cummings paced Kia, which dropped to 0-5, with 20 points while Reden Celda had 17 points.