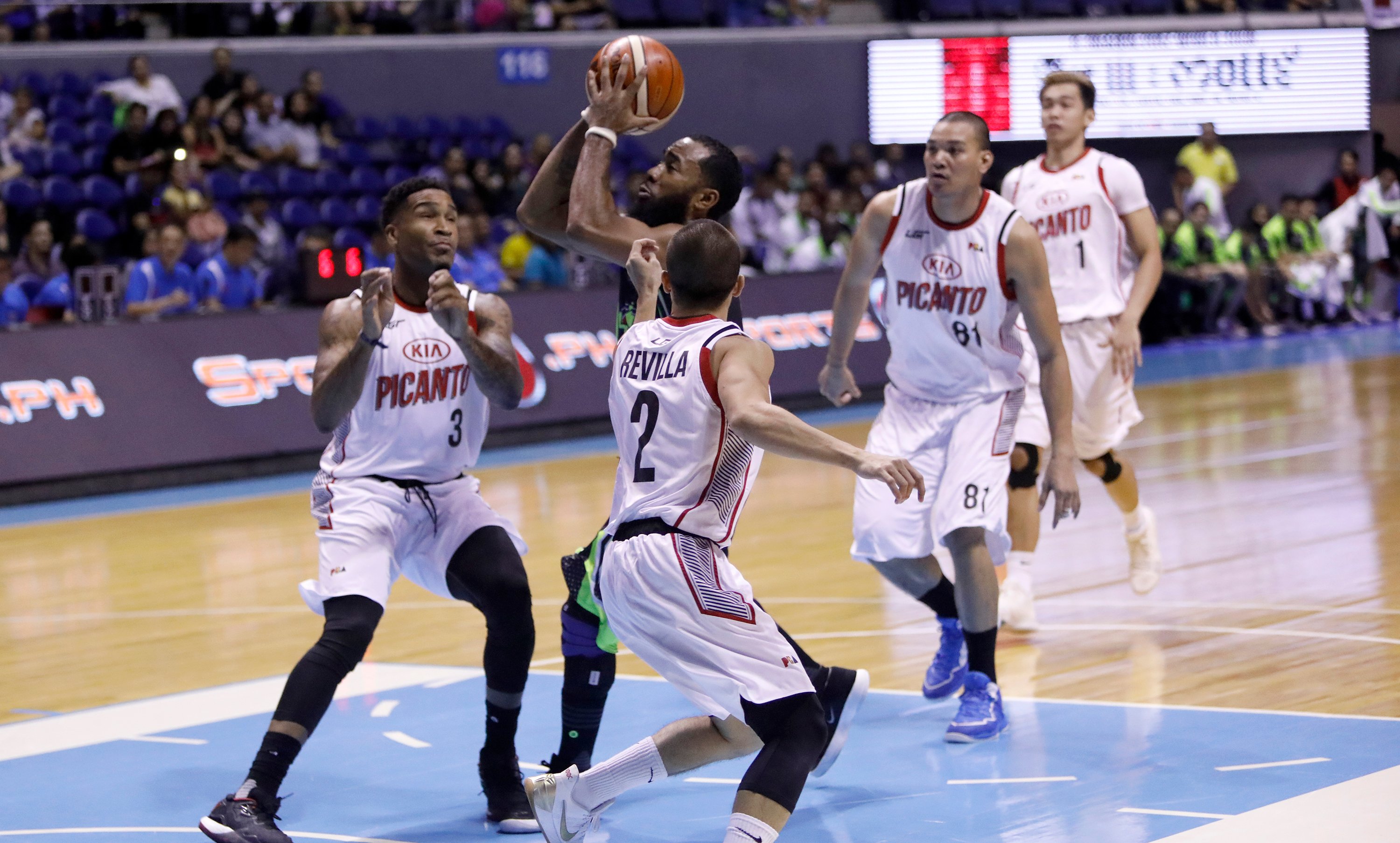 Murphy Holloway unfurled 29 points, 18 rebounds, three assists, and three blocks, while Stanley Pringle commandeered the offense and finished with 21 markers, seven boards, and four dimes as the Batang Pier evened their standing at 2-2.

“That was a hard game for us,” said GlobalPort head coach Franz Pumaren, whose squad dropped its previous game at the hands of Barangay Ginebra, 124-108, on July 30. “Not trying to use any excuse, but you can see that the three-week layoff was hard on our part. We’re a bit sluggish in a way that we were rushing things, and maybe it’s because the players were excited to play.”

Still without Terrence Romeo, who is with Gilas Pilipinas in the 2017 Fiba Asia Cup, GlobalPort seemed poised to run away with the victory as it staged an 18-4 run abridging the final two quarters, turning a 67-65 edge with 2:30 left in the third quarter to a commanding 85-69 lead early in the fourth period.

However, Markeith Cummings and Reden Celda kept the Picanto in the game, trimming the deficit to as low as six, 96-90, with 54.5 ticks left, before Holloway dropped the thunderous dunk to end the rally.

New acquisition Mac Baracael added 13 points on a 2-of-4 shooting from threes, to go with four rebounds in his first game after the three-team trade which sent him to the Batang Pier.

Kia, meanwhile, stumbled to its seventh straight loss to remain winless in the season-ending conference.

Cummings dropped 37 points, six rebounds, and two assists in a losing effort for the Picanto, while Celda fired 15.