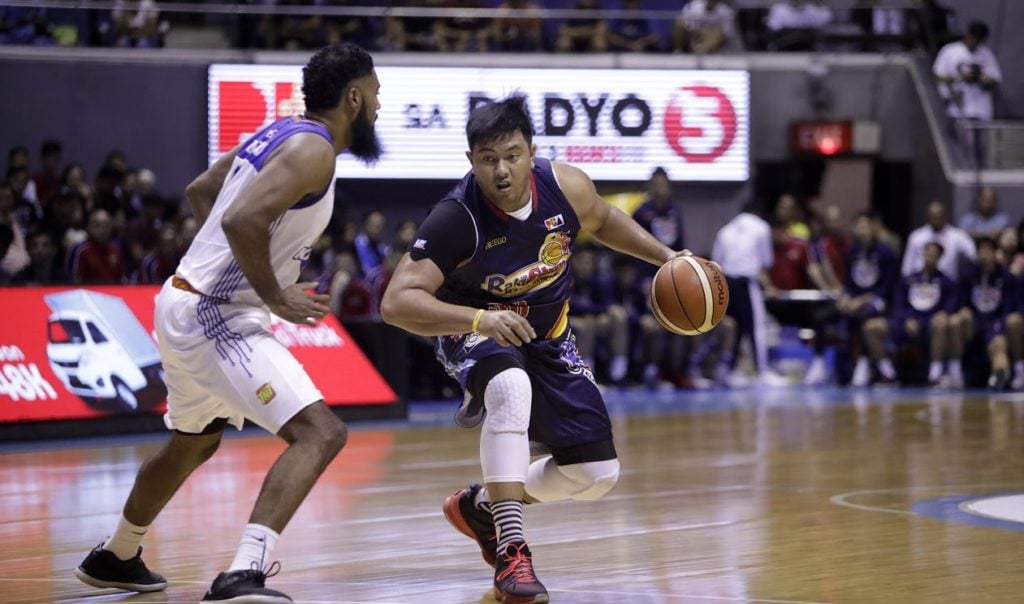 Beau Belga seemed to have taken a 180-degree turn after his ejection last week, exuding poise in Rain or Shine’s 105-73 rout of TNT on Sunday.

Keeping his temper in check, the burly big man had the most impact for his team in his time on the floor, garnering a team-best plus-28 as he racked five points, 10 rebounds, and three assists in the blowout.

Belga explained that hitting the showers early last game against the Picanto made him reassess his part in the current situation the Elasto Painters are in.

“Coach Caloy (Garcia) told me that a leader should always be present on the court. Gabe (Norwood), Jireh (Ibañes), and Raymond (Almazan) are not here, so I have to help our teammates, especially that a lot of them are shy. So I barked instructions on defense and the things we need to do, and I’m happy that we got a win so that we’ll have a bit of a momentum,” he said in Filipino.

With Belga taking the leadership mantle, Rain or Shine didn’t have a hard time running away from TNT as it strung its first winning streak of the 2017 PBA Governors’ Cup.

The Sorsogon native is hopeful that the Elasto Painters can sustain whatever positives they got from the win against the KaTropa as he is finally set to serve his one-game suspension in the team’s next assignment against Star on Sunday.

“I can’t help them much in the next game, so I showed them that someone has to step up when it comes to leadership. Good thing is that Gabe and Raymond will already be here,” he said.

With Belga relegated to the sidelines, he is taking the suspension as an eye-opener for him to control his emotions in the following games.

“It’s too bad that I can’t join them in next game, but it is what it is and it’s a lesson for me to control my emotions. I need to be there for my teammates because the coaches consider me as one of the veterans, so I need to be a role model,” he said.