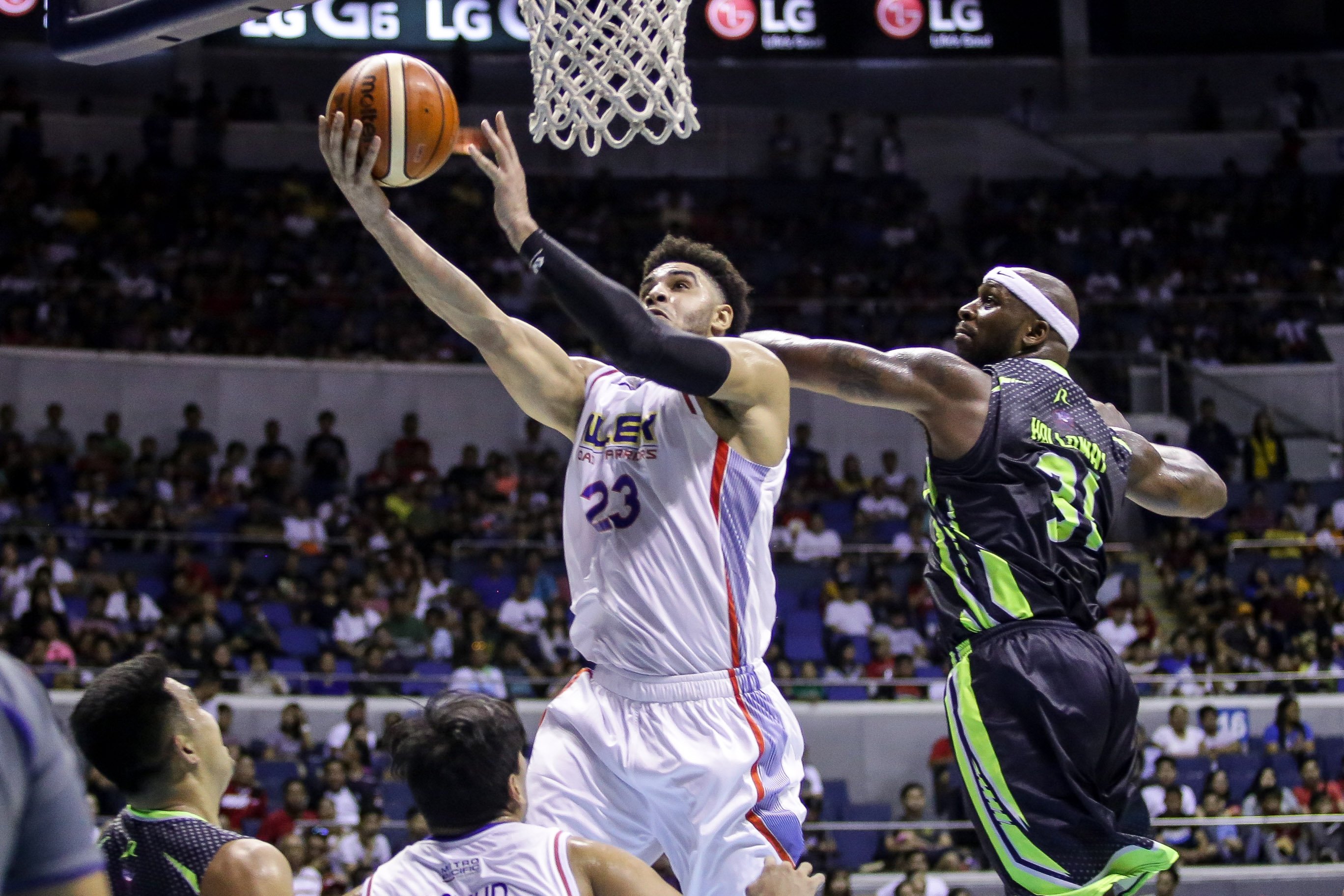 The pint-sized playmaker dropped 14 points in the payoff period, 12 of which coming from beyond-the-arc, as he triggered the Road Warriors’ early fourth quarter blast.

Tiongson wound up with 21 points on 5-of-7 clip from three and four assists.

“Juami Tiongson played really good today. That’s the way we want it, we want players stepping up,” said coach Yeng Guiao. “Kevin Alas did not play bad, but Tiongson was just playing so well that I let him finish the game.”

The burly Quiñahan followed suit, scrapping his way down low to rack up 18 markers and off the bench as he helped NLEX grab a 102-91 lead with 4:03 remaining.

Aaron Fuller topscored with 33 points that went with 20 rebounds, three blocks, and two assists as the Road Warriors moved up to 7-2 in the standings with two games remaining in their schedule.

Guiao felt relieved to have survived the Batang Pier, who missed the services of Stanley Pringle.

Pringle left for the United States to be with his ailing father.

“We’re lucky that Pringle wasn’t there. I was watching the game against TNT and I was already contemplating on how will we stop this guy. But sometimes, it’s better to be lucky than good,” said the veteran mentor.

NLEX jumped out of the gates firing, establishing control early, 27-9, with 3:00 left in the first quarter before GlobalPort made a huge run that paved way for a nip-and-tuck battle in the middle quarters.

But Tiongson was just stellar, holding off the Batang Pier as the Road Warriors inched closer on nabbing a top four seat that comes with a twice-to-beat edge in the quarterfinals.

“We need eight wins to make the top four. We have two more games, hard games against TNT and Star, so if we luck on one of those, we’ll get what we’re waiting for,” said Guiao.

Murphy Holloway paced GlobalPort (3-4) with 29 points, 17 rebounds, six assists, six steals, and three blocks, while Terrence Romeo came off the bench and fired 24 markers, but went 6-of-13 from threes and committed eight turnovers in the loss.