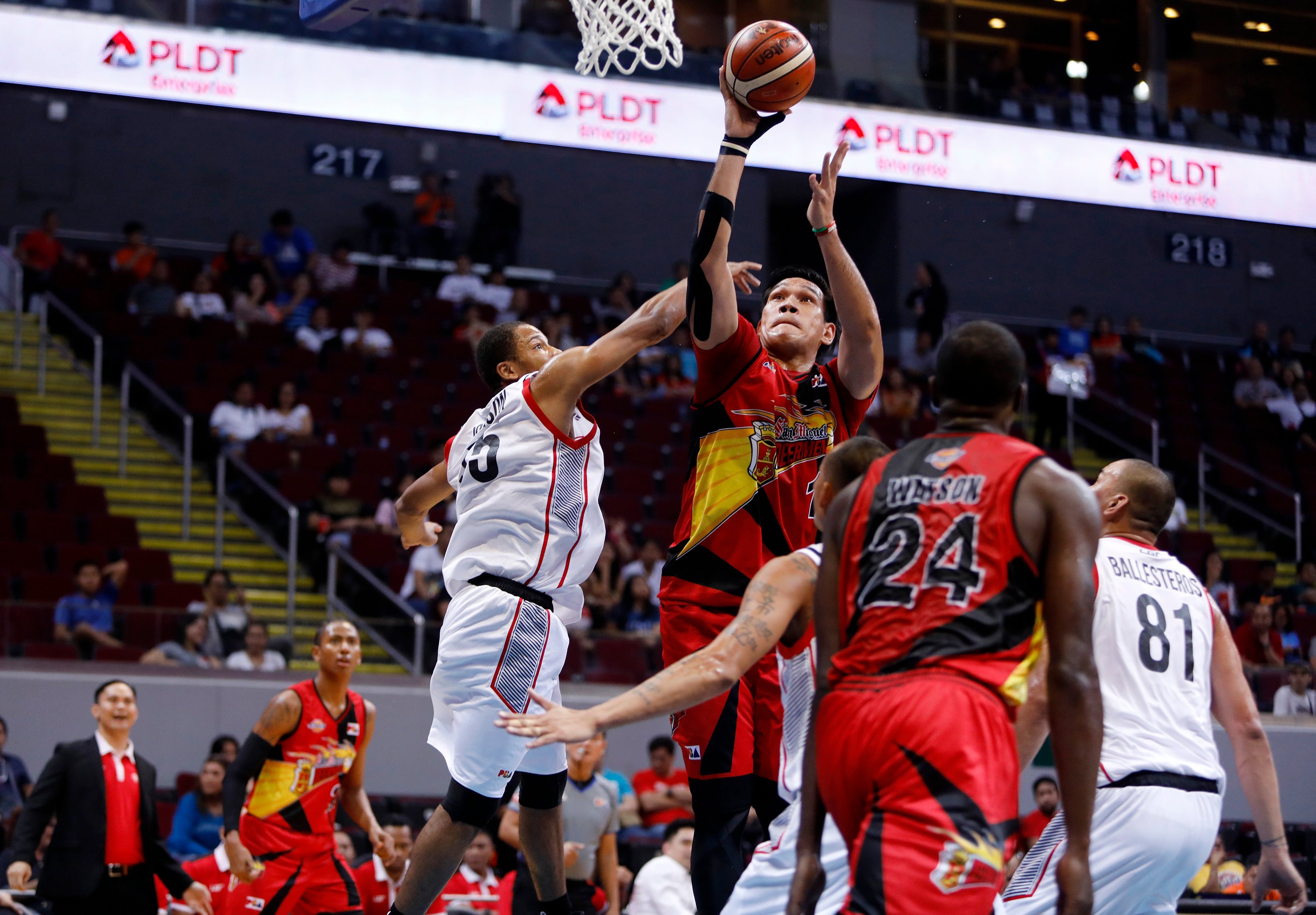 June Mar Fajardo was unstoppable in the fourth quarter and San Miguel Beer edged Kia, 118-112, in the 2017 PBA Governors’ Cup Saturday at Mall of Asia Arena.

The reigning three-time MVP scored 20 of his 41 points in the final frame as the Beermen bolstered their bid for a top four finish after climbing to 6-3.

Fajardo came two points shy of matching his career-high he set in a loss to Alaska in the 2016 Philippine Cup.

Terrence Watson added a double-double with 16 points and 14 rebounds while Chris Ross collected 15 points, six assist and five steals for the Beermen, who trailed by six at the end of the third period.

The Picanto had lost their first nine games but played nothing like a winless team against the Grand Slam-seeking Beermen.

Kia, led by its explosive import Geron Johnson, kept itself in the game until Alex Cabagnot made a layup to put San Miguel ahead by six, 116-110, with only 15 seconds left.

Johnson fired 42 points, 10 rebounds and eight assists to offset his 10 turnovers but the Picanto just had no answer for Fajardo as they dropped their 10th consecutive game.