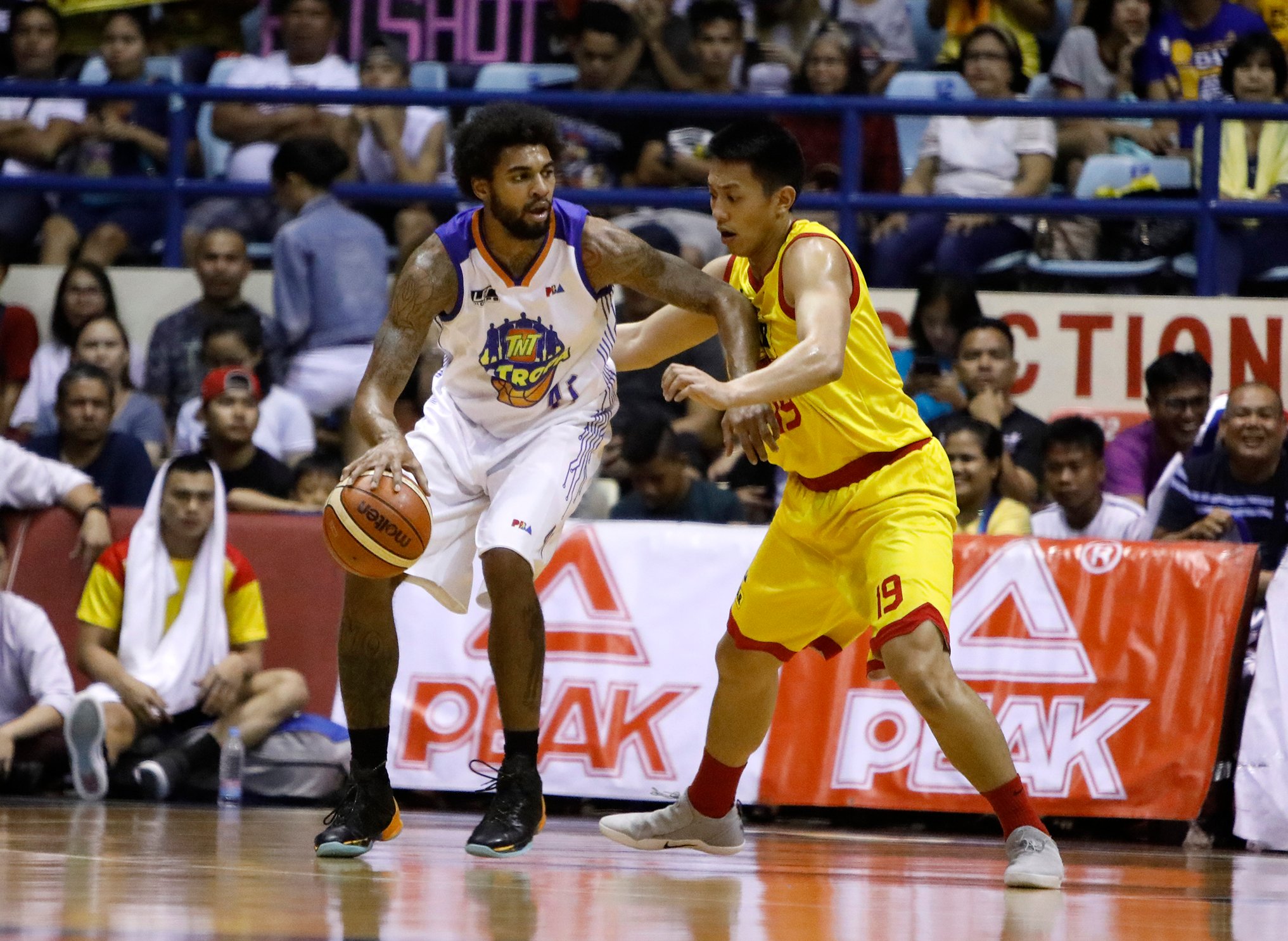 TNT chalked up its third straight win in the PBA Governors’ Cup at the expense of Star, 104-99, Sunday at Ynares Sports Center in Antipolo.

The KaTropa improved to 7-3 to overtake defending champion San Miguel, which has a 6-3 card, for the fourth spot while the Hotshots stayed in sixth place.

TNT head coach Nash Racela liked that his team was able to play through calls that didn’t go their way.

“We’ve been going through ups and downs but I think the more important thing is us finding ways to win and that’s exactly the same message I had for Glen (Rice Jr.) during one of our timeouts because he was complaining about the non-calls,” said Racela.

“I just reminded them the refs won’t adjust for sure and the only we can do is find ways to win.”

Rice had three quick fouls in a span of 10 seconds early in the fourth quarter.

Then, Racela was called for a technical foul allowing Paul Lee to cut the deficit to six, 91-85, from as high as 16.

Star was called for its first foul after Jio Jalalon hit Jayson Castro with 4:07 to go.

Despite the foul situation, TNT managed to hold on to win with Rice hitting a dagger of a jumper with 26 seconds remaining that gave the KaTropa a 102-96 lead.

Rice finished with a game-high 43 points to go along with 19 rebounds, and nine assists while Castro, Troy Rosario, and Roger Pogoy each had 12 points.

Kristofer Acox led the Hotshots with 18 points and 18 boards.