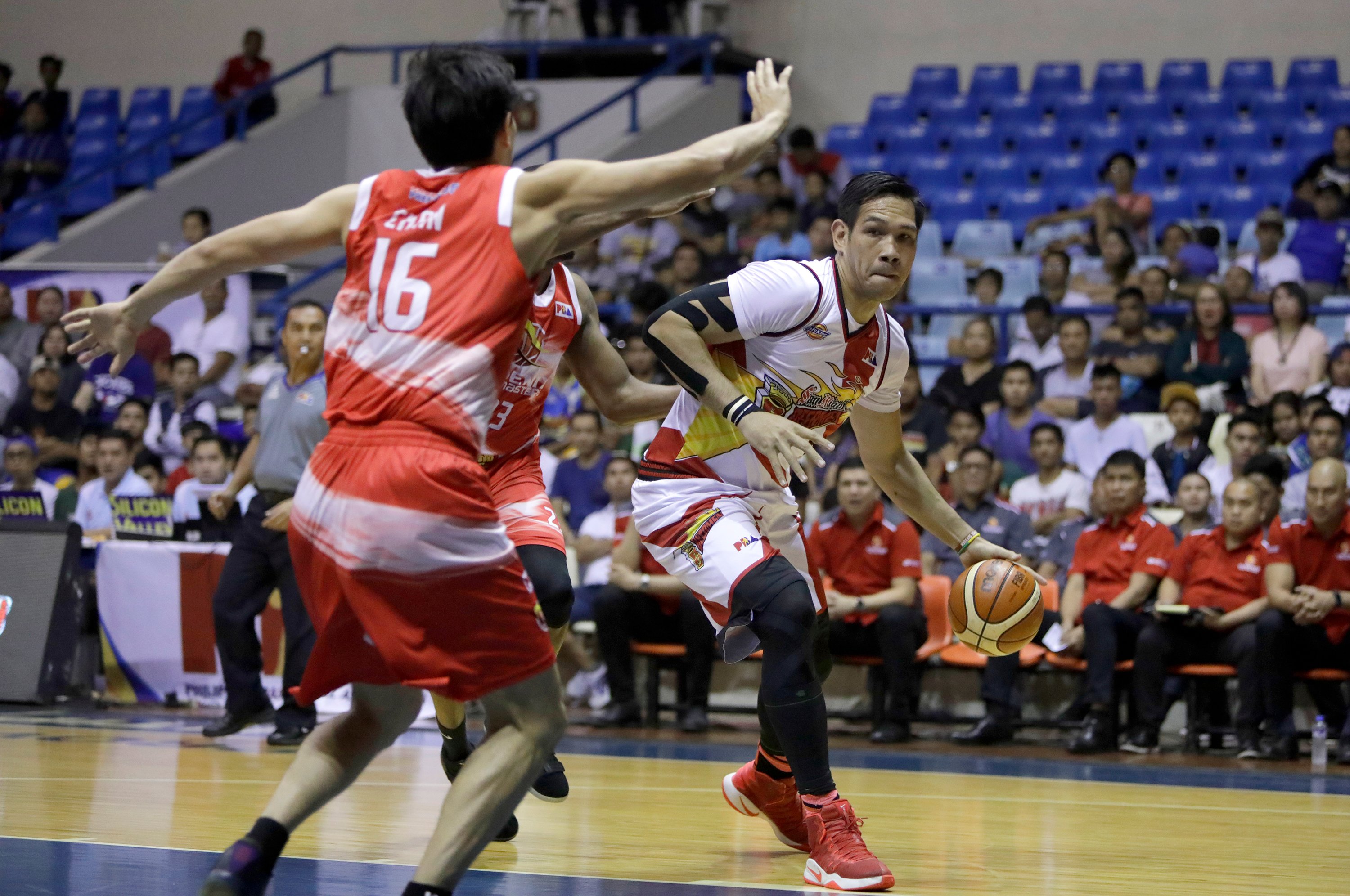 ANTIPOLO—San Miguel held off a tough endgame from Phoenix to escape with a 109-107 victory in the PBA Governors’ Cup Wednesday at Ynares Sports Center here.

The Beermen improved to 7-3 and created a logjam at third place with TNT and NLEX while the Fuel Masters, who failed to qualify for the quarterfinals, slipped to their ninth straight loss and a 2-9 card.

With the game tied at 100, Terrence Watson took charge and muscled his way inside for four straight points to give San Miguel a 104-100 lead with 1:46 left in the game.

Arwind Santos then, stole the ball from Brandon Brown at the 27-second mark and this led to June Mar Fajardo’s two free throws that gave the Beermen a 106-100 bubble.

“I realized it’s really hard to win a game especially when you go up against a team that has everything to gain nothing to lose,” said Beermen head coach Leo Austria. “Phoenix’ pride is still there and they really want to win.”

Brown had a game-high 30 points with 17 boards to lead the Fuel Masters.