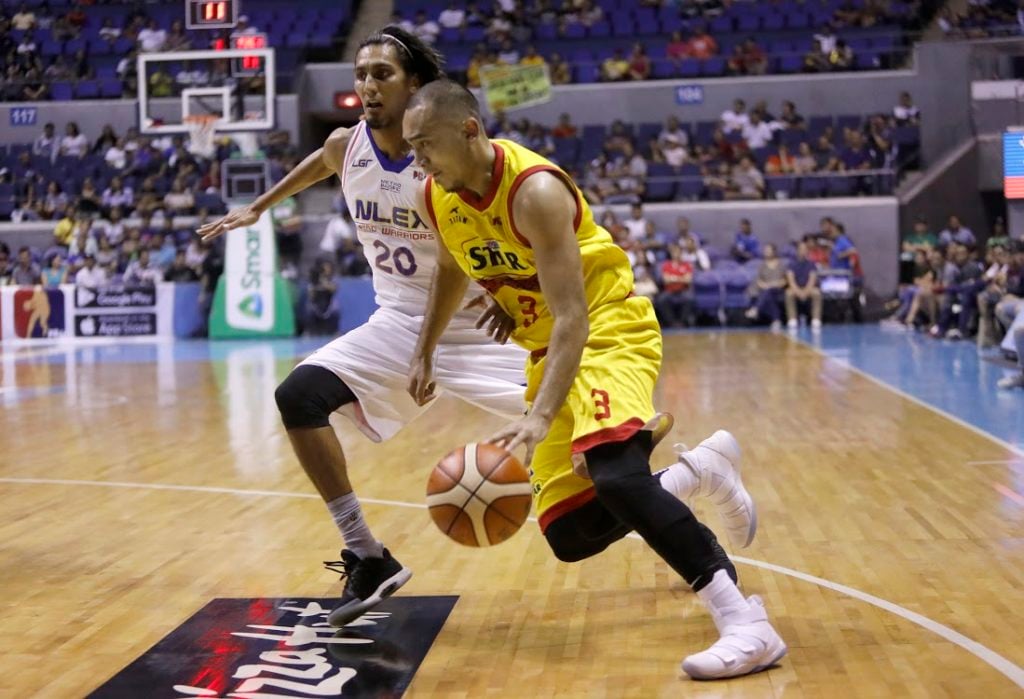 The Hotshots leaned on the trio of Paul Lee, Kristofer Acox and Mark Barroca to keep themselves in the hunt for a top four seat.

Lee poured in seven of his 15 points in the payoff period, Acox tallied a double-double with 14 markers and 10 rebounds, while Barroca had 13 points and four rebounds.

“We had the proper mindset and it was to win. The only thing we had control of is our game and I’m proud of my players, especially in the second half,” said Star head coach Chito Victolero.

“They stepped up on defense plus we had a better ball movement on offense after that forgettable first half.”

The victory improved the Hotshots’ slate to 7-4, to have a shot at a twice-to-beat. Their fate, however, will depend on the result of the Meralco-San Miguel game which is still being played as of posting.

Lee and Barroca found their groove midway in the fourth quarter to trigger Star’s breakaway, 95-83, with 3:20 left.

PJ Simon topscored for Star with 16 markers, while Aldrech Ramos got 14 points and four boards.

Aaron Fuller led the Road Warriors with 16 points and 17 rebounds, while Alex Mallari got 13 markers, six boards, and four dimes in the loss.

The Road Warriors are also in a wait-and-see approach as to what seed they will end up with.

Meralco’s win would put NLEX at fifth place, while a San Miguel victory puts them in sixth.