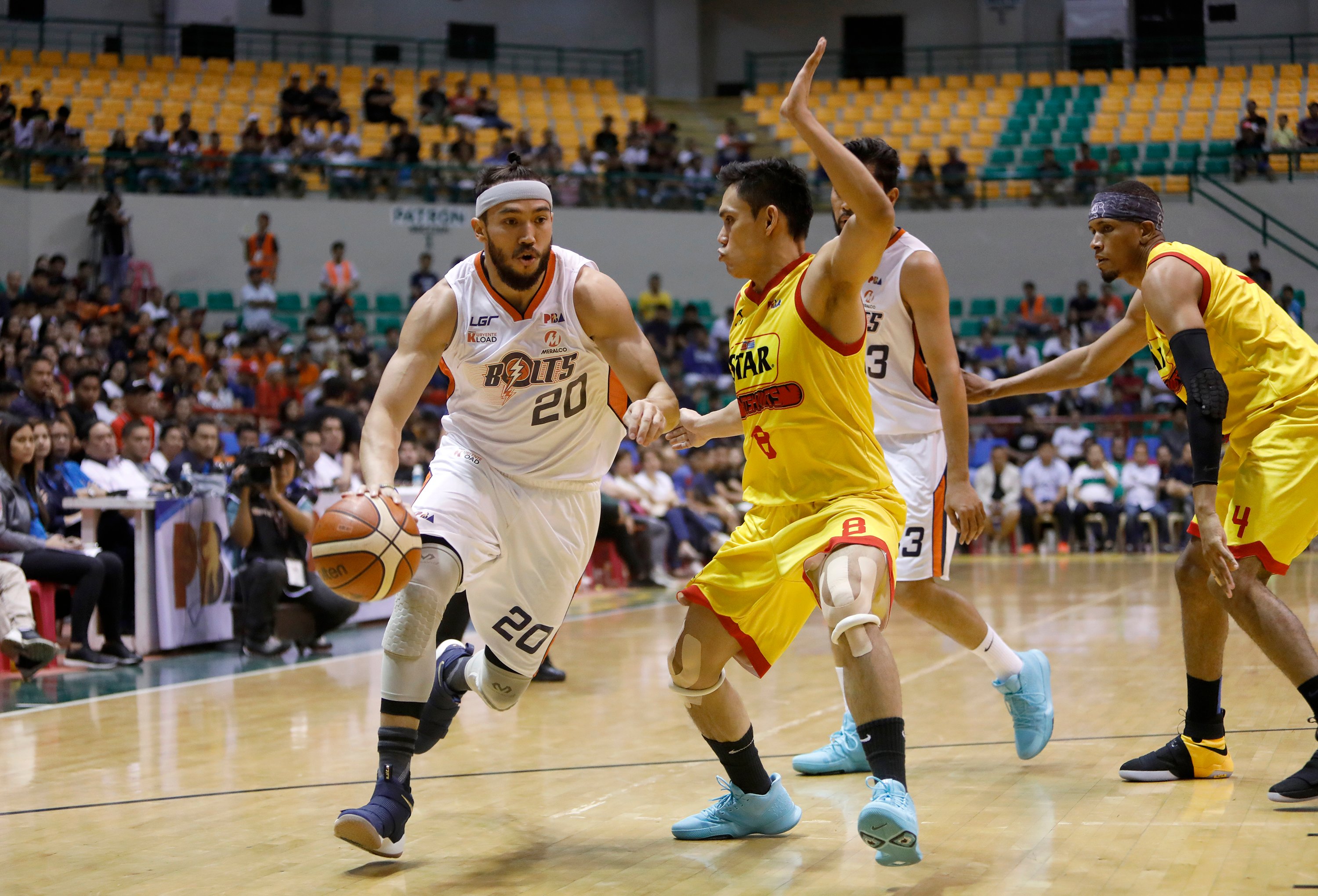 BIÑAN — Defense once again did the trick for Meralco as it drew first blood with a 72-66 comeback win over Star in the 2017 PBA Governors’ Cup semifinals Sunday night at Alonte Sports Arena here.

The Bolts locked down on defense down the stretch, forcing the Hotshots to commit six turnovers inside the last three minutes to complete their rally from 12 points down, 59-47, in the fourth quarter.

Meralco aims for a 2-0 lead in the best-of-5 series on Tuesday at Sta. Rosa Multipurpose Complex in Sta. Rosa, Laguna.

Jared Dillinger was instrumental in the heist and fired 15 points built on three triples to go with five assists and three rebounds off the bench.

The fearless slasher drilled two treys in the final two minutes and sank the go-ahead layup with 1:02 left.

Allen Durham topped Meralco with 23 markers, 23 boards, and four dimes, including the game-clinching bucket in the final minute.

“It’s always gonna be a defensive struggle with Star. They really hit us hard in the beginning of our game and took us out of our offense,” said Meralco head coach Norman Black.

“Luckily for us, our defense held up and kept us in the game and eventually, our shots got falling and that gave us in the game. But again, it’s really going to be a defensive struggle against Star.”

Meralco recovered from its dismal start when it was held scoreless for the first six and a half minutes of the game as Star took an early 20-3 lead and forced the Bolts to the lowest scoring quarter for the season with just seven points.

But with the help of Dillinger, Meralco patiently chipped away the lead eventually tied the game at 41 after a Durham basket with 6:57 left to play in the third quarter.

“It shows your ability to get back,” said Black on the Bolts’ third straight come-from-behind win. “We tried to do our best to surround Durham with floor spacers, so if we can just get those guys make their shots in the next games, we’ll be alright.”

Baser Amer had 10 points, four assists, and three rebounds as the Bolts survived the absence of Chris Newsome, who fouled out midway through the fourth quarter.

Jio Jalalon paced Star with 15 points on a perfect 9-of-9 clip from the charity stripe, with six rebounds and three assists.

Paul Lee and Mark Barroca had 11 markers apiece, but lost their poise in the endgame for the Hotshots.