Gin Kings on cusp of title repeat, shut down Bolts in Game 5 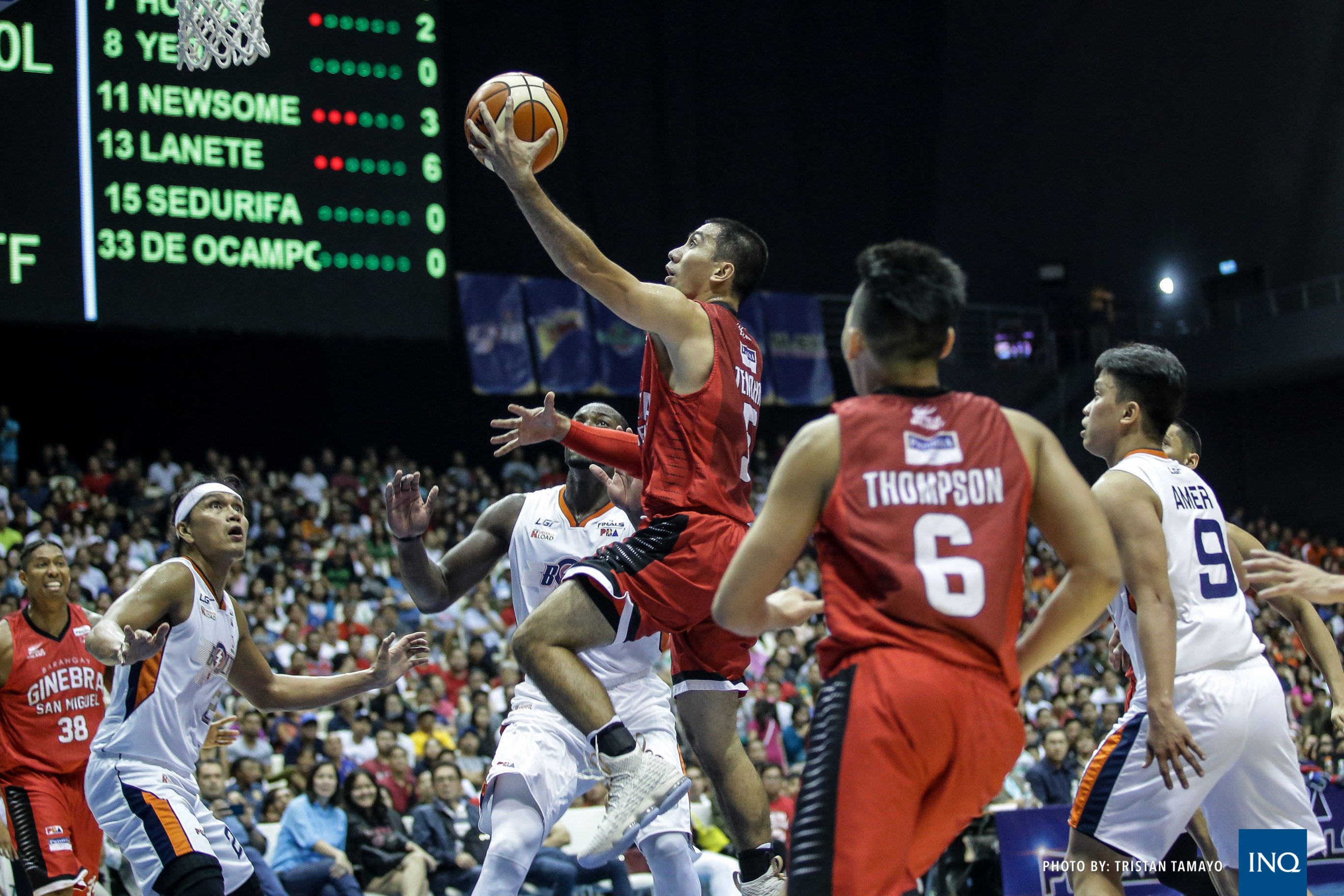 BOCAUE – Barangay Ginebra clamped down on defense late and slammed Meralco, 85-74, to move on the cusp of winning the 2017 PBA Governors’ Cup Finals Sunday at Philippine Arena here.

Leading 3-2 in the best-of-seven series, the Gin Kings shoot for their second straight title with a victory on Wednesday, with Game 6 slated still at the world’s largest indoor arena.

In front of 34,445 fans, Ginebra held Meralco to only one field goal in the final six and a half minutes of the game and went on a 11-4 finishing blast to take the game for good.

Justin Brownlee unfurled 20 points, 12 rebounds, five assists, three steals, and a block to lead the charge for the Gin Kings.

But it was Greg Slaughter, who imposed his presence down low as the Best Player of the Conference tallied a double-double of 17 markers and 16 boards on top of six rejections.

“It’s been that kind of day,” said Ginebra coach Tim Cone. “Meralco has done a really good job of grinding out wins against us and that’s really what we’ve always tried to be about — a grind out, defensive type team and so we talked about getting back to our identity and really going out there and getting at people defensively.”

The game wasn’t a pretty sight to see on the offensive end with both teams making it tough for the other to score. The lack of familiarity playing in the massive venue also played its part.

But the Gin Kings just had enough to win it with its defense forcing Meralco to 20 turnovers that led to 23 turnover points.

“We kind of took advantage of that fact that we didn’t shoot the ball all that well either. Again, it was just a grind it out battle. I thought tonight we took away some of their strengths and we were able to get to some of ours as opposed to the last couple of games where they really made us play to our weaknesses,” said Cone.

“We just didn’t battle, we went to war today. We knew how important this game is. It didn’t win us anything but in a best of three series, it’s always important to win the first game,” Cone, the two-time Grand Slam winner, said.

Allen Durham once again gave his all and finished with 27 points, 19 rebounds, five assists, and three blocks.

Garvo Lanete had 11 markers and three assists, Anjo Caram got seven, but the locals had little to show in supporting Durham.

‘Depressed’ Filipino bodybuilders out of SEA Games over doping rules

Churchgoers hog-tie man after shooting in California kills one