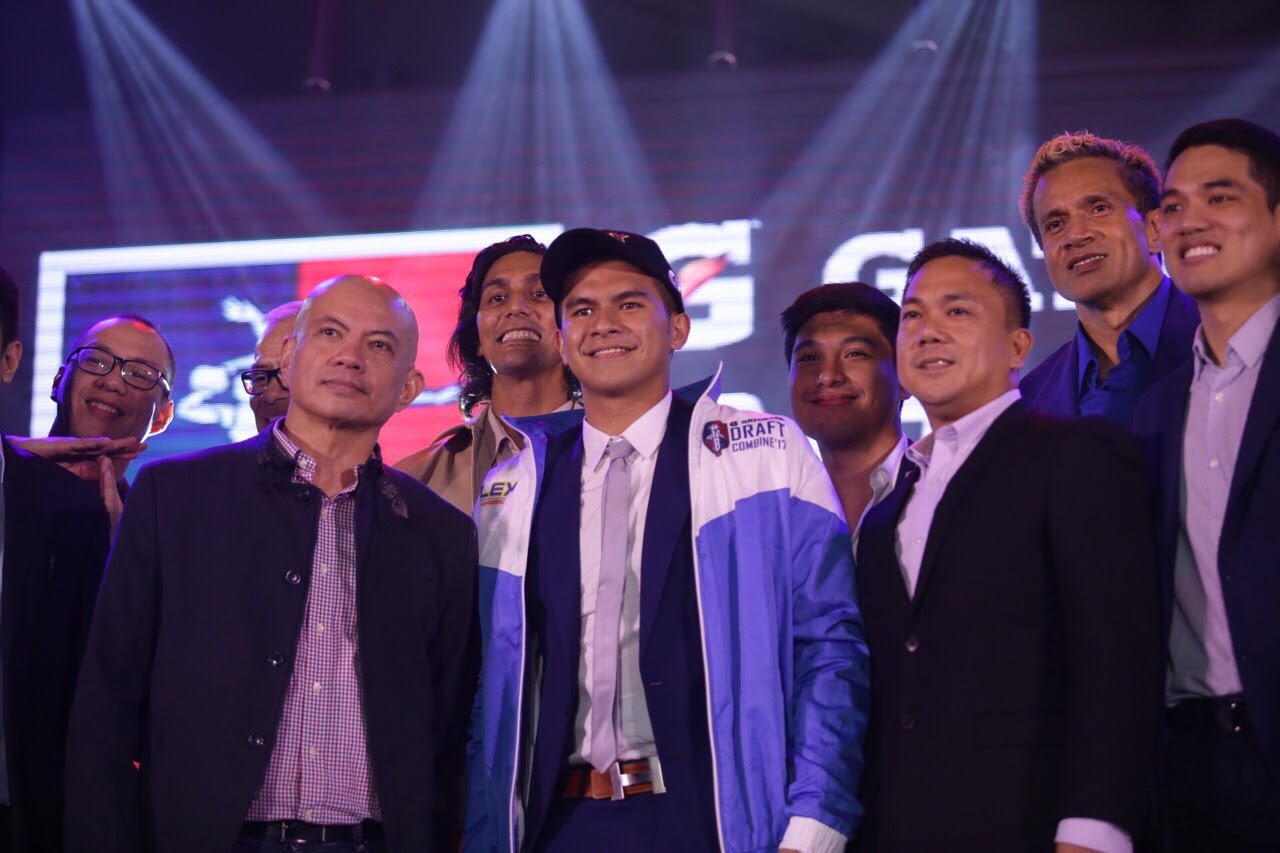 Kiefer Ravena is picked 2nd overall by NLEX in the 2017 PBA Draft. Photo by Tristan Tamayo/INQUIRER.net

There was no surprise as the highly-touted Fil-German forward was chosen first in the 44-man pool following his impressive showing for Gilas Pilipinas in the 2017 Fiba Asia Cup and 2017 Southeast Asian Games.

San Miguel, however, will have to wait until Standhardinger finishes his obligations with Hong Kong Eastern Sports Club in the ASEAN Basketball League that is expected to keep him out of the PBA until the 2018 Commissioner’s Cup at the earliest.

The Beermen secured the number one pick in a controversial deal with the Kia Picanto approved on Friday, where they sent Ronald Tubid, JayR Reyes, Rashawn McCarthy, and a 2019 first round pick.

NLEX secured its point guard for the future after tapping Kiefer Ravena as the second overall selection.

The 24-year-old Ravena, who is a proven winner and big-time clutch player, joins forces with Kevin Alas, who just came off his breakout season.

Blackwater strengthened its frontline as it picked Raymar Jose at three.

The 25-year-old bruiser out of Far Eastern University reunites with Mac Belo in the Elite where he is expected to make immediate impact.

Another big man was taken early in the draft after Phoenix chose Jason Perkins at four.

The former La Salle forward is a welcome addition to the Fuel Masters, who just named Louie Alas as their new head coach.

Alaska, on the other hand, selected Jeron Teng as the fifth overall pick.

The 23-year-old swingman, who expanded his offensive game by adding a dependable outside shot, may just be what the doctor ordered for the Aces which is in dire need of a boost, especially on the offensive end.

GlobalPort went with Fil-Am winger Robbie Herndon at sixth, adding to what is already a killer offensive crew with Terrence Romeo and Stanley Pringle.

Rey Nambatac gets reunited with his former Letran teammate Raymond Almazan and former coach Caloy Garcia in Rain or Shine, which selected him at seventh.

Star also reinforced its frontline as it picked Lervin Flores at ninth. The Arellano center will team up with Marc Pingris, Ian Sangalang, and Rafi Reavis.

Barangay Ginebra, which is fresh off its second straight Governors’ Cup title, selected University of the Philippines’ Jett Manuel as the 12th pick to round out the first round.

NLEX continued to add youth to its frontline, tapping JRU forward Ervin Grospe to open the second round.

Davon Potts shockingly dropped to Alaska at sixth in the second round, followed by Jom Sollano going to Rain or Shine, Gwynne Capacio falling to Star, and Jayson Grimaldo being picked by Phoenix.

Monbert Arong was taken by TNT, Wilson Baltazar went to Phoenix, and Andreas Cahilig goes to GlobalPort to round out the second round.

For the first time ever, all 43 applicants were picked after five rounds in the annual draft proceedings.