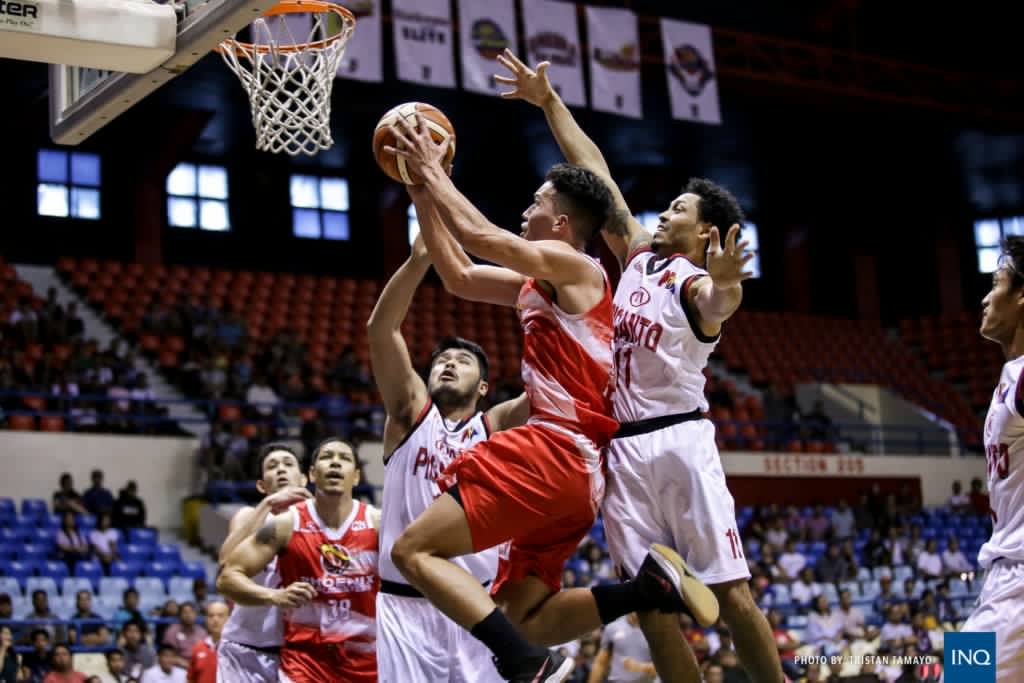 ANTIPOLO — Phoenix delivered a sensational showing in a physical second half to dump Kia, 125-102, for its first win in the 2018 PBA Philippine Cup at Ynares Center here.

Wealth was spread throughout the Fuel Masters roster as seven players logged double-digits in scoring led by Matthew Wright and JC Intal.

Wright and Intal both registered 15 points and five rebounds, while Justin Chua also had 15 markers on top of four boards.

Gelo Alolino and RJ Jazul combined for 26 points on a scintillating 6-of-8 shooting from three, rookie Jason Perkins just missed a double-double with 12 markers and nine rebounds that went with six assists, while Doug Kramer also had 12 points and five boards in the win.

“We can’t shake off the excitement because we really wanted to win the game,” said Louie Alas, who notched his first victory as Phoenix’s head coach.

Though it was a lopsided game, Alas said he was wary of Kia heading into the duel.

“Kia is no pushover. Based on their game against NLEX, it will not be easy, and it was. I just told the guys that we can’t come to the game expecting a win. From this moment, we just have to practice as hard as we can and show our best individual defense because they are very talented individually,” he said.

Phoenix had to wait until the second half before it ultimately shook off the Picanto. The Fuel Masters took a 26-point lead late behind the efforts of their third stringers.

Rashawn McCarthy paced Kia with 22 points, seven rebounds, and six assists, while Eric Camson got 15 markers and three boards in the loss.