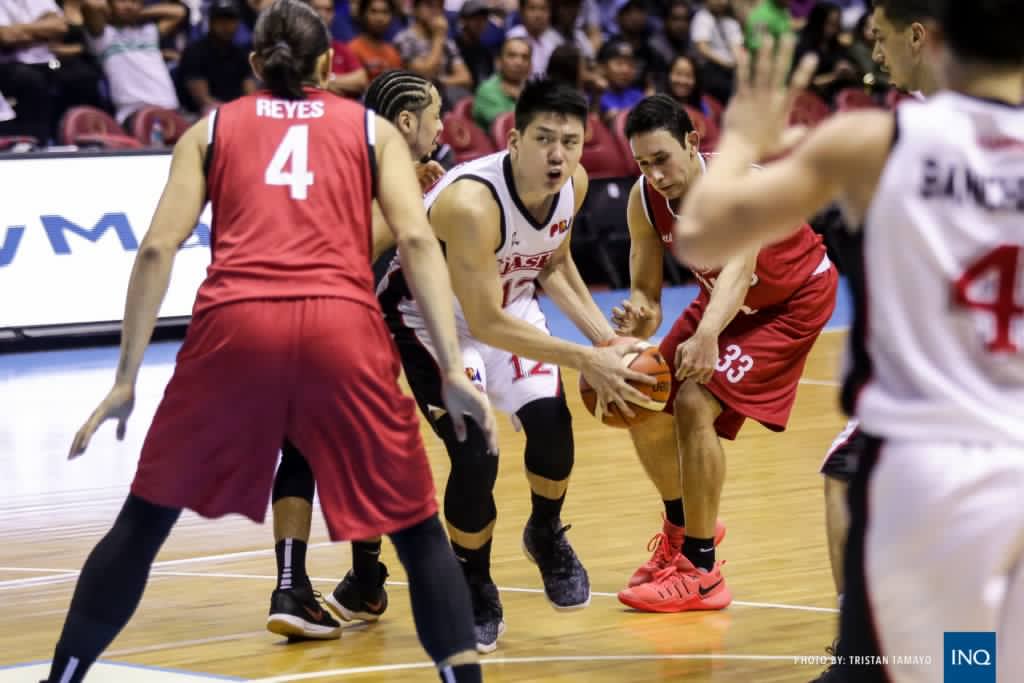 The Aces surged ahead in the third quarter where they turned a tight 39-34 halftime lead to a decisive 75-39 at the end of the period.

“Our defensive energy was a little undirected in the first half and it caused us to give up baskets that we didn’t wanna give up. In the second half, we were little more focused,” said Alaska coach Alex Compton.

Fifth overall pick Jeron Teng outscored the whole Picanto crew, 13-5, in that frame alone as he led the charge for the Aces with 23 points, nine rebounds, and two assists.

Three other Alaska players notched double-digits in scoring as Calvin Abueva, Vic Manuel, and Jake Pascual all finished with 10 markers each as the Aces even took a 40-point lead at one point, 86-46 midway in the fourth quarter.

Alaska’s defense was on point coming out of the halftime break as it forced Kia to shoot 2-of-23 from the field and commit six turnovers in that telling third period as it broke the game wide open thanks to its 36-point explosion.

Compton raved with his team’s defensive focus in that game-deciding third period, saying, “If I could find a way to bottle what we did in the third quarter, that would give us a good chance (competing against the contenders). I really appreciate the effort of the guys today defensively and I think we got our teeth back on defense.”

Rashawn McCarthy paced Kia with 16 points, four assists, two rebounds, and two blocks off the bench, but that couldn’t stop his side from dropping its 16th straight defeat dating back to the 2017 Commissioner’s Cup, the longest losing skid since Ginebra’s drought back in 1995.

Eric Camson chimed in 15 markers, 11 coming in the extended garbage time in the payoff period, on top of six boards, while Ronald Tubid got 13 points on a 4-of-7 shooting from threes, on top of seven rebounds.