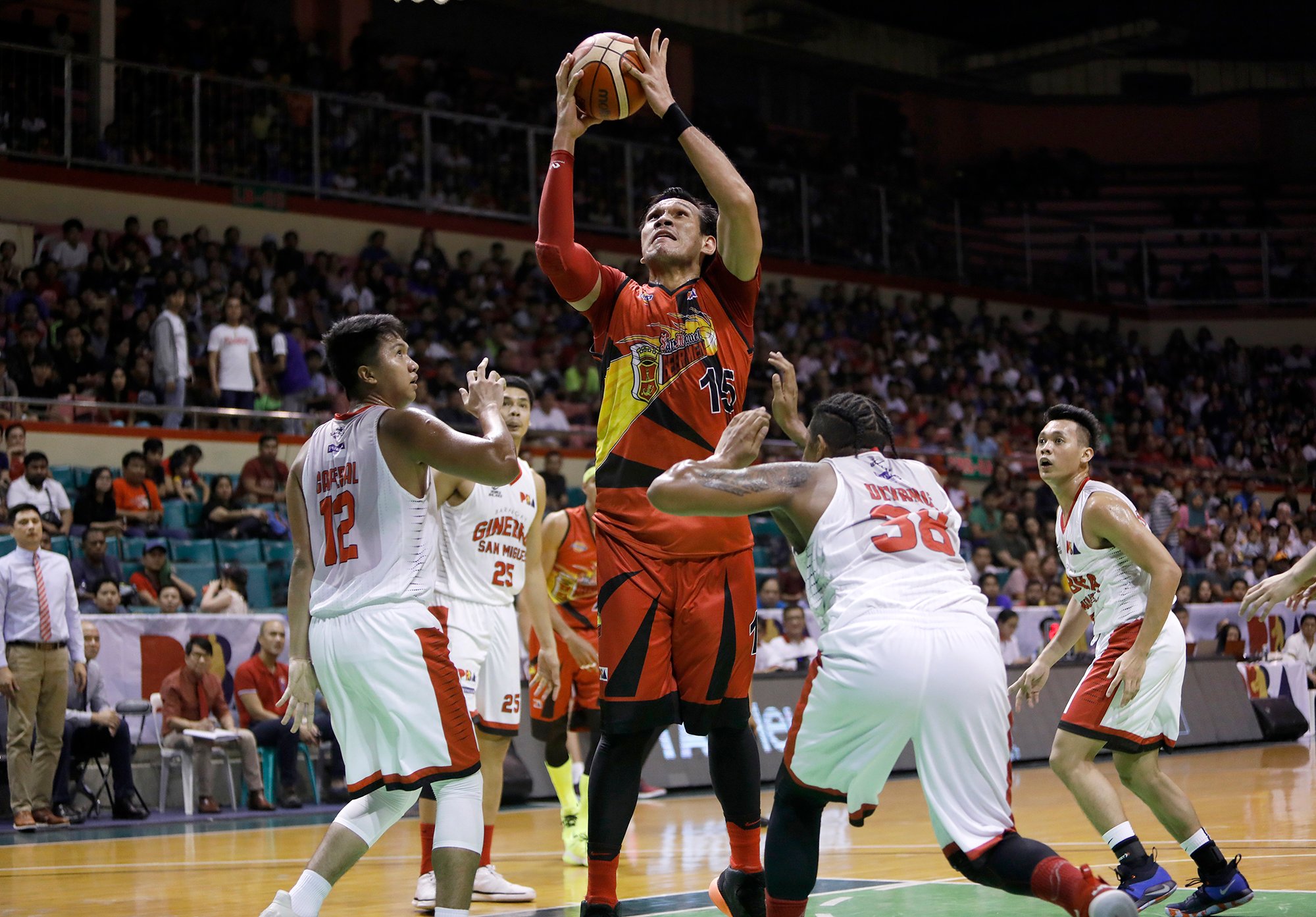 Four-time PBA Most Valuable Player June Mar Fajardo was unstoppable, finishing with 25 points on 11-of-18 shooting from the field, nine rebounds, and three assists to guide the Beermen to their fourth straight Philippine Cup Finals appearance, 12th overall in the conference.

Alex Cabagnot got 12 markers, five boards, and five assists, while Arwind Santos hushed the rowdy Gin Kings faithful with a double-double of 11 points, 13 rebounds that went with four blocks, and three steals.

“We will see if we can do this, but there is a very good chance for it because the advantage is with us,” said San Miguel coach Leo Austria, who gets a chance to continue the dynasty with a possible sixth title in four years.

Playing like the champions that they are, the Beermen overcame a double-digit deficit in the second quarter and weathered everything the Gin Kings threw at them in the fourth quarter.

San Miguel took an 83-72 lead before Sol Mercado and Jervy Cruz rallied Ginebra back and even gained a 90-87 edge midway through the final frame.

Santos nailed a booming triple to knot the score at 90 with 6:04 to play, triggering a 13-3 final assault to finish the game. He also played huge on the defensive end late.

Despite finishing the best-of-seven series in five games, Austria admitted that eliminating Ginebra wasn’t as easy as it appeared for San Miguel.

“We know Ginebra will come out hard because their backs were against the wall. But our players refused to lose because they knew the importance of this game,” he said.

Japeth Aguilar topscored for the Gin Kings with 32 points on top of four rebounds, while Mercado had 14 on a 4-of-10 sniping from downtown.

Scottie Thompson also saw his triple-double effort of 10 markers, 16 boards, and 16 assists go down the drain as Ginebra makes its exit in the Philippine Cup.

San Miguel faces the winner of the the other semis series between Magnolia and NLEX in a best-of-seven finals. The Hotshots and the Road Warriors are currently tied at 2-2.