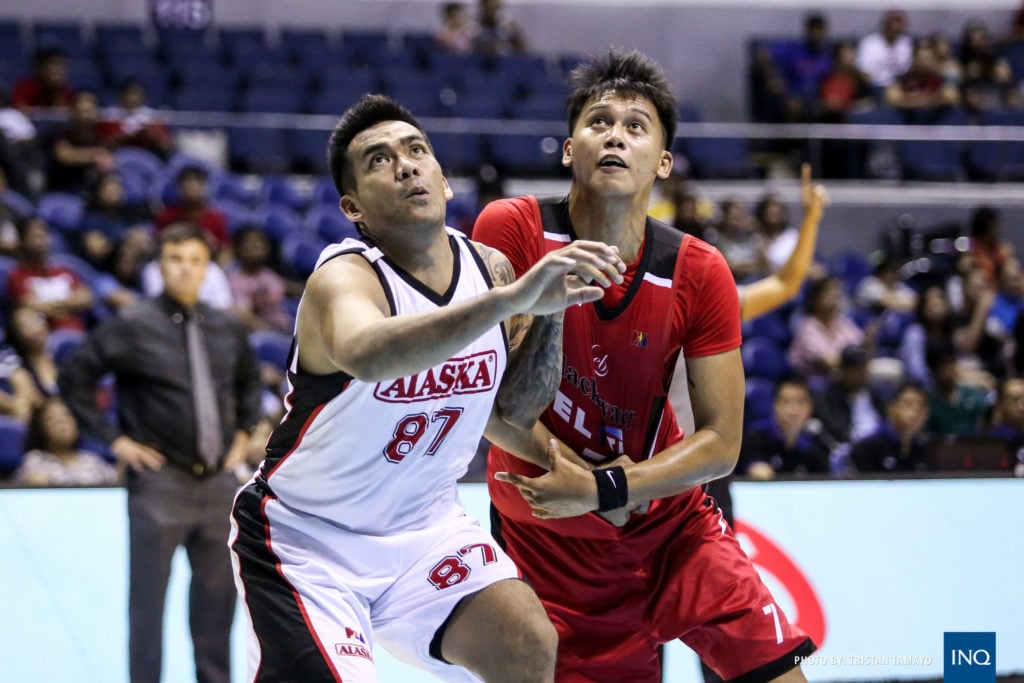 Alaska overcame a shaky third quarter to wallop Blackwater, 93-74, for its first win in the 2018 PBA Commissioner’s Cup Sunday at Smart Araneta Coliseum.

Antonio Campbell poured in 23 points and grabbed 19 rebounds for Alaska to erase the memory of Friday’s heartbreaking 103-109 defeat to Rain or Shine.

Calvin Abueva also came up big despite having a 0-of-10 shooting clip. Abueva made his presence felt in different areas, finishing with 10 boards, six assists, two steals, and two blocks on top of his three points.

“Calvin Abueva gave us the fire,” said Alaska coach Alex Compton. “I can’t describe it. He played just like exactly what we’re looking for. He helped us on the rebounds, he got the loose ball, and he got a lot of shots for his teammates.”

“I told Calvin, you helped us basically win this game especially that part of the fourth quarter. He made so many extra unselfish plays that as coaches we love. If he plays like that, I’m confident we have a chance against the really talented, stronger teams. He was awesome and I think it rubbed off on everybody in the fourth quarter.”

The Aces started the game on a 10-2 run as they shot 51 percent from the field in the first half to establish a 30-point advantage.

The Elite even got to within seven after a triple from Dave Marcelo at the 11:53 mark of the final quarter, before Alaska rode the hot hands of Manuel to get the win.

“They took it to us, they were awesome in the third quarter. They deserved to come back,” said Compton of the opposition. “That was great heart for them, for a team that is struggling. But I got two words that changed the fourth quarter and that’s Calvin Abueva.”

Famous wound up with 27 points, 21 rebounds, and three blocks while JP Erram got a double-double of 11 points and 11 rebounds but could not avert Blackwater from falling to 0-3.