Rain or Shine fends off Meralco, locks up top seeding 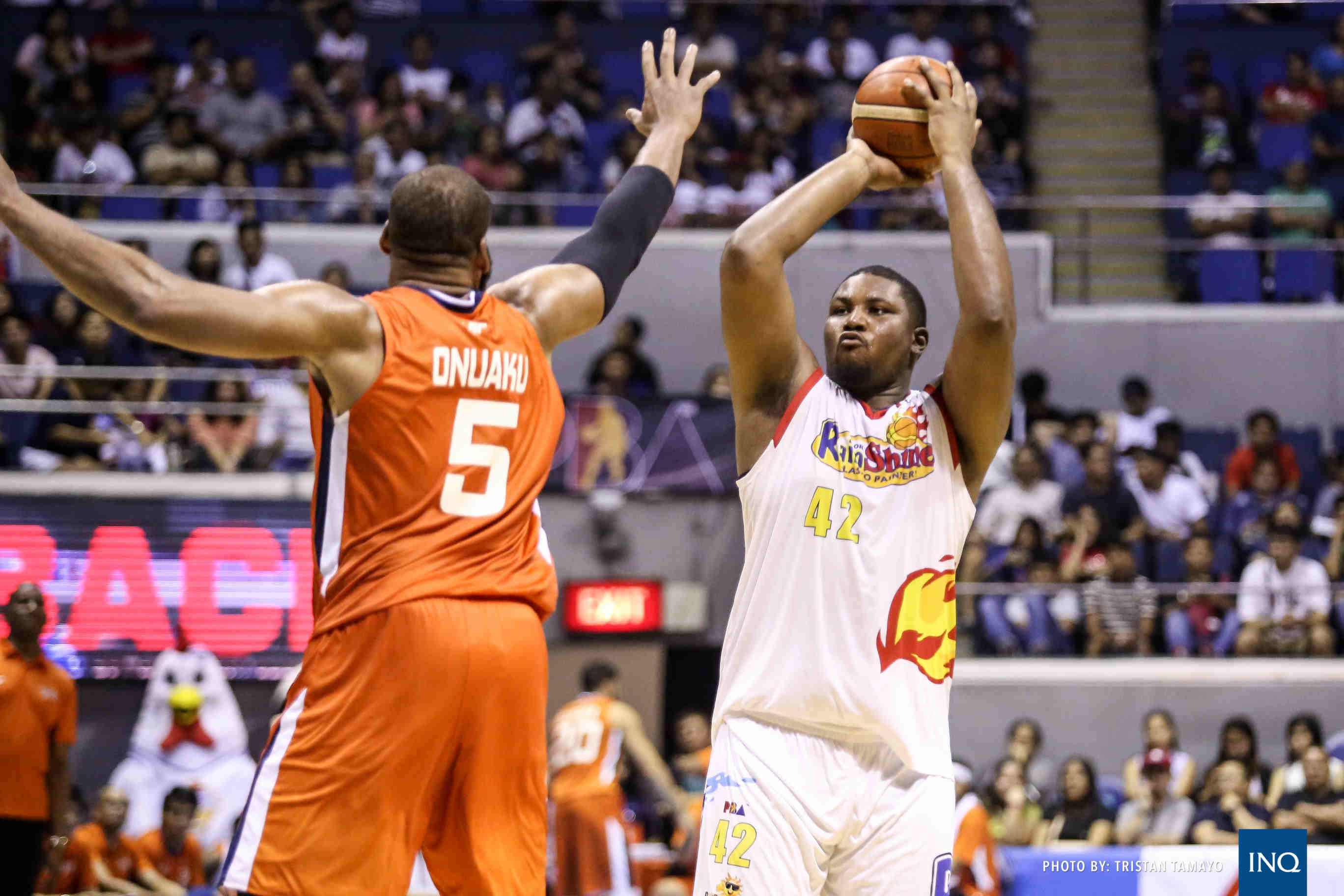 Rain or Shine held off Meralco, 106-99, in overtime to clinch the top spot in the 2018 PBA Commissioner’s Cup Sunday at Smart Araneta Coliseum.

Reggie Johnson powered the Elasto Painters with 21 points, including a triple that put his team ahead for good, 99-96, with 3:46 remaining, and a game-high 18 rebounds on top of three blocks.

“Another overtime game for us. I think this is our fourth overtime game this conference and we won all four and it just shows the test of character of this team,” said ROS head coach Caloy Garcia.

“I’m happy about it but it’s still a long way to go for us. We can still get better,” he added. “As long as the locals step up and do their jobs, we’ll be okay.”

Maverick Ahanmisi added 20 points, eight rebounds and six assists while Chris Tiu and Ed Daquioag chipped in 13 and 11 points, respectively for the Painters, who hiked their record to 9-1.

The Bolts rallied from 18 points down in the third quarter but just couldn’t get over the hump.

Meralco playmaker Baser Amer tied the game at 96 with 2:25 remaining in regulation but his contested floater that would’ve won it went way short paving the way for extra time.

With the Bolts down three, Chris Newsome misfired on an open triple from the corner before getting called for an unsportsmanlike foul on the other end that led to a free throw by Tiu and a crucial 3-pointer by Daquioag with 12.7 ticks left.

Meralco, which shot itself in the foot with 18 missed free throws, stayed in fourth place with a 7-4 card.

Newsome led his team with 21 points that went with seven rebounds and 11 assists while import Arinze Onuaku had 20 points and 11 rebounds. Onuaku had another miserable night at the free throw line where he went 4-of-13.