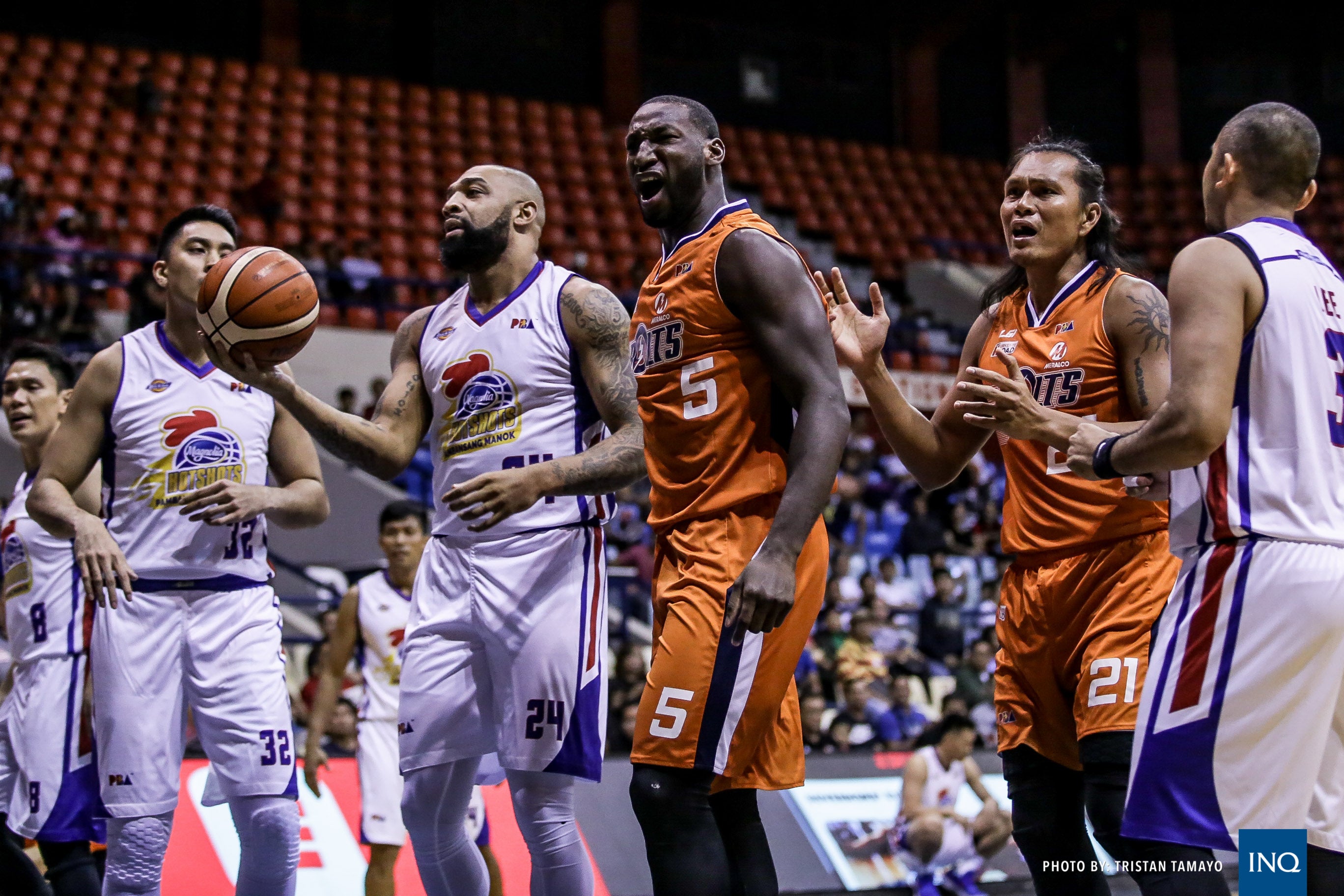 The Bolts notched their second straight win and moved up to the ninth place with a 3-6 card.

A 6-0 run capped off by Cliff Hodge gave Meralco an 85-81 lead with 2:38 remaining and that was enough for the Bolts to hold off the Hotshots, which slid to a share of the top spot at 7-2, until the final buzzer.

Jio Jalalon managed to cut the lead to three, 89-86, with 1:06 left but proceeded to commit a crucial foul that sent Baser Amer to the line that put the Bolts ahead 90-86 lead with 57.9 seconds remaining.

While the win gave the team a confidence boost, Bolts head coach Norman Black said they are still aware of the uphill battle they are facing as they try to remain on the hunt for a playoff spot.

“Of course, we went up against the top team in the league so this game definitely helped our confidence,” said Black. “There’s no question about that, but the game of basketball is different in the sense that whatever happens tonight won’t matter on Sunday.”

The Bolts will face Rain or Shine, which holds a 2-5 record at the 10th spot, on Sunday in a matchup of two teams fighting to advance to the next round.

“We’re facing a new team and Rain or Shine is fighting to stay alive and it will also be a crucial game for them as well as for us.”

Allen Durham flirted with a triple-double to lead the Bolts finishing with 20 points, 18 rebounds, and eight assists while Baser Amer had 16 points and five rebounds.

Reynel Hugnatan was Meralco’s floor-spacer finishing with 15 points, with six coming from deep, and five rebounds while Chris Newsome orchestrated the offense with 13 points and eight assists.

Post-game with Meralco head coach Norman Black after the Bolts’ 94-88 win over Magnolia.