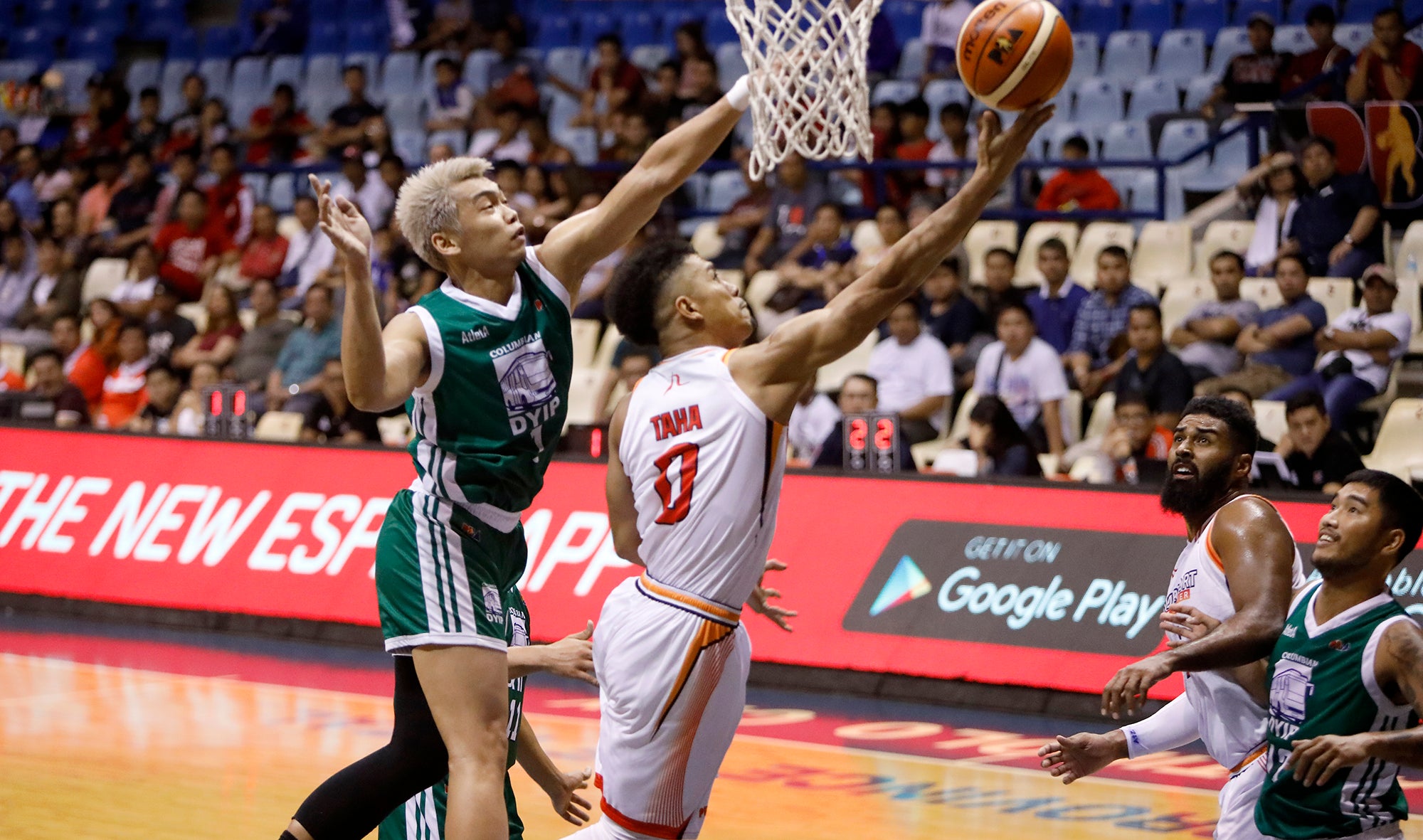 ANTIPOLO–Columbian grabbed command late in the third quarter on Friday night and claimed another big fish in the PBA Philippine Cup eliminations after posting a 110-100 victory over NorthPort at Ynares Center here.

The Dyip came roaring back from 10 points down in that quarter and took an 86-79 lead into the fourth, which they protected with much ferociousness on the way to handing the Batang Pier their first defeat in three games.

In tying their victims at 2-1, the Dyip survived a huge first half by Mo Tautuaa by getting him to pick up a fourth foul early in the third and holding down NorthPort’s prolific rookie Robert Bolick to just three points.

Jackson Corpuz and pint-sized rookie point guard John Paul Calvo were big during the breakaway with the NorthPort coaching staff never finding ways to stop them when it mattered.

Stanley Pringle scored 14 points in the third quarter built around three triples that had NorthPort threatening to break the game wide open. But the lack of support later on–and with Tautuaa never getting back in the groove after 20 first half points–sealed the Batang Pier’s doom.

There were seven players in twin digits for the Dyip, whose first big victim was four-time defending champion San Miguel Beer two weeks ago.

Read Next
Top rookie pick CJ Perez leads charge as Columbian stuns San Miguel
EDITORS' PICK
Isko Moreno bares ‘two-pronged’ approach to rehabilitate MSMEs
Climate Change Commission and Nestlé PH to discover sustainability-focused solutions
Gordon calls 2 Pharmally execs ‘Senate fugitives’ after no-show in probe
NCR’s COVID-9 alert level may be downgraded from 3 to 2 soon — DOH
What’s at stake for every fighter at ONE: NextGen
Legarda emphasizes role of ICC/IPs in nation building this IP month
MOST READ
LJ Reyes says Paolo Contis made ‘no efforts’ to talk to her after their split
Gordon to Duterte: You? Teaching me courtesy?
Yang’s Princeton degree raises eyebrows among senators
PDP-Laban Cusi wing Senate bets willing to give way to Duterte
Don't miss out on the latest news and information.