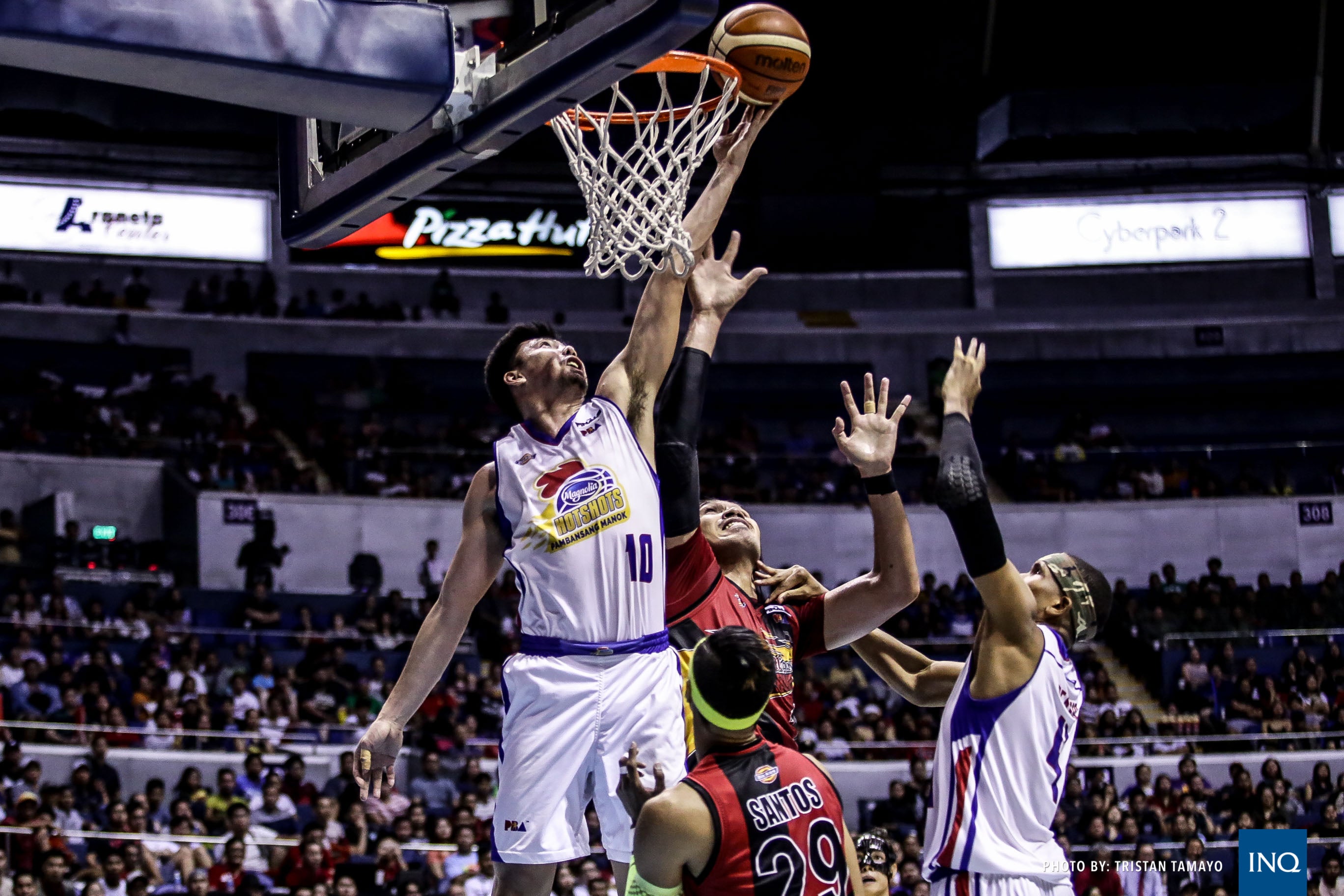 Ian Sangalang and Paul Lee came up big down the stretch for the Hotshots, who also won the finals opener last year but ended up dropping the next four games to lose in the series.

Crowd starting to fill up the Big Dome for Game 1 of the #PBAFinals between San Miguel Beer and Magnolia. | @MarkGiongcoINQ pic.twitter.com/SknmF3TPEj

“I talked to my players at halftime and I told them we can’t beat San Miguel on the offensive end and I’m very happy because they responded to the challenge by playing defense in the second half to limit San Miguel to under 100 points and that’s the key,” said Magnolia head coach Chito Victolero.

Sangalang posted a double-double with 17 points and 12 rebounds while Lee had 18 points, six rebounds and five assists.

Fajardo was unstoppable in the fourth quarter where he scored his team’s last 15 points inside the final seven minutes but his production were still not enough as San Miguel went cold from the outside.

The Beermen went 9-of-36 from long range including 0-of-8 by Marcio Lassiter, who just returned after being sidelined with back spasms in the last three games of the semifinals against Phoenix.

Alex Cabagnot added 18 points for San Miguel, which shot just 38 percent from the field. the Beermen lost despite hitting 17 more free throws than the Hotshots.