CHINA OUT OF FINAL FOUR 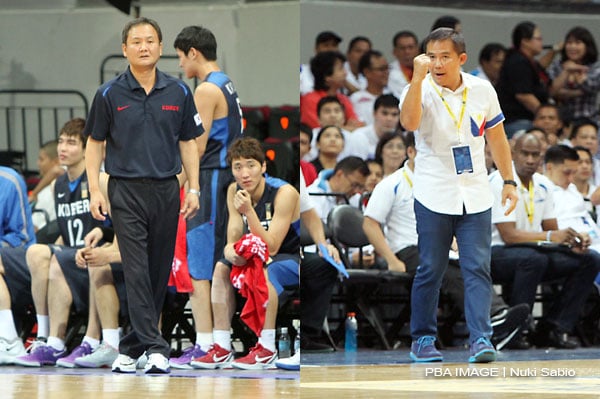 A new Asian champion will be crowned Sunday.

Chinese-Taipei, playing like it never did before, shocked the overflow crowd at the Mall of Asia Arena Friday as it dethroned mighty China with a 96-78 drubbing in the quarterfinals of the 27th FIBA Asia championship.

Quincy Davis finally broke out of his shell, firing a game-high 26 points to go along with his 10 rebounds while Tsai Wen-Cheng added 21 markers to lead Chinese-Taipei’s march to the Final Four.

China actually led 50-40 at the half, but couldn’t get its game going in the second. On the other end, Chinese-Taipei seized the opportunity and started taking control midway through the third period. Not even Yi Jianlian could bail the Chinese out of trouble as Chinese-Taipei’s gunners hit their mark time and time again.

Chinese-Taipei takes on powerhouse Iran in the semifinals after the latter mauled Jordan, 94-50.

The other semifinal matchup features Gilas Pilipinas going up against Korea.

Shining on both ends of the floor, the Filipinos were unforgiving in an 88-58 rout of Kazakhstan with Gary David finally snapping out of a shooting slump and hitting 22 points.

Korea turned back Qatar, 79-52, to book the last seat in the semis.

In consolation play to determine the 9th to 12th placers, Japan beat India, 73-64, while Hong Kong stopped Bahrain, 87-79. Japan and Hong Kong will thus battle for 9th place with India and Bahrain slugging it out for 11th spot. (JL )