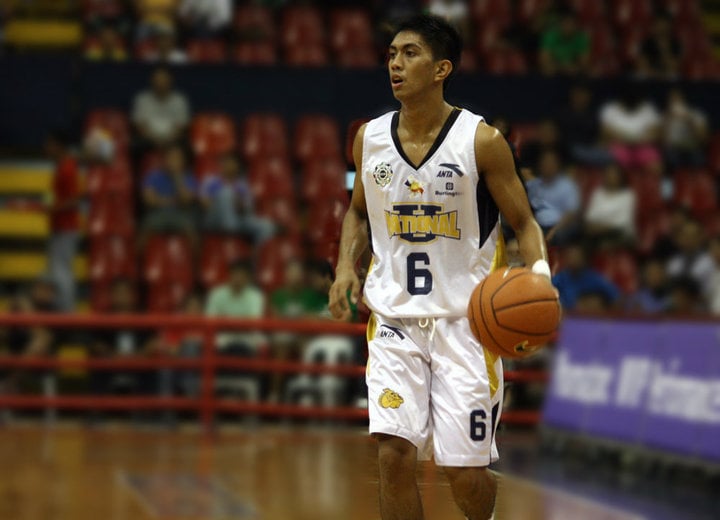 Joseph Terso is one of those players who placed his name in professional basketball’s equivalent of Harry Potter’s Sorting Hat. Unlike English author JK Rowling’s famous line of novels where there are four houses where students are sent to, in the Philippine Basketball Association, there are 10. Ten cubs to be exact.

And that means there are a finite number of players playing in Asia’s first ever professional league.

Every year there are dozens of hopefuls out of college hoping to land one of the few precious slots available. Many are not chosen and instead have to go through the difficult route of free agency.

This year, Terso, nicknamed “Jolas” by his parents for the former Purefoods and Alaska great, is one such hopeful. He describes himself as “sanay na sa mga challenges.”

“My college career was filled with learnings and challenges,” he sums of his four years with the National University Bulldogs.

The Bulldogs teams he played for were the pre-SM buyout years where there wasn’t much. Playing for NU wasn’t a labor of love but a day-to-day struggle to keep your head above water. The facilities weren’t much. They lived in a dorm any mother wouldn’t stick her son in. And the team, well, it wasn’t that they kept losing. They kept getting blown out with the nary a care from the student body.

They were the league doormats. But they were clearly getting better.

“While playing for National University,” recounts Terso, “I was under three different head coaches – Manny Dandan, Eric Gonzales, and Eric Altamirano. Each coach had a different system and we all had to adjust whether we liked it or not.”

Under Altamirano, Terso fell at the bottom of the point guard rotation. With rookie Gelo Alolino getting the lion’s share of minutes, the veteran saw the writing on the wall and chose not to play in his final year. “My biggest disappointment was not finishing my last playing year and not being able to help the team in aiming to become the best in the league.”

After a stint in the D-League, Terso is now trying his luck in the PBA Draft. “The Draft is a few days away and I am actually feeling both excited and nervous,” admits Terso. “Of course, I would like to be drafted but at the same time I am also scared of the other players competing for the same slot.”

As a kid, Terso rooted for Ginebra.  The 5’10” guard would love nothing more than to be a part of his childhood team.

Last Monday, October 29, Terso attended the PBA Rookie Camp at the Gatorade Hoops Center. “It was fun and exciting but I think there should be more time and activities for the camp for us to show what we can do.”

Terso knows that there’s another route to the PBA and that’s with the Asean Basketball League. He sees some familiar names making names for themselves in the region before returning to the Philippines.

There’s Jai Reyes who played for Powerade for a couple of conferences before he was released. He played for the Cebuana Lhuillier team in the D-League before joining the Bangkok Cobras in the ABL. Last PBA season, he was able to latch on to the Talk ‘N Text Tropang Texters.

There too is Nic Belasco, the 11-year PBA veteran who thought it was all over for him after the 2010 season. Belasco returned to the United States where he found work when former Jose Rizal University head coach Ariel Vanguardia, who was calling the shots for the Kuala Lumpur Dragons, gave him a call two years later.

Belasco showed that he still had game in him and after a season in Malaysia, he returned to the PBA first with Powerade and then with Alaska where he was part of the team’s 14th title team.

And there too is Froilan Baguion, a former NU. Baguion went undrafted in 2005 but he managed to gain a slot with the Welcoat Dragons (now Rain or Shine) the following year. He bounced around in the space of one year with three PBA teams – Welcoat, Coca Cola, and San Miguel before he was released in 2009.

Louie Alas selected him to join the Philippine Patriots in the ABL where the team won a championship in its maiden season.

Baguion has seen been a mainstay for the Thailand Slammers where import Chris Charles calls the 5’11” guard the team’s heart and soul.

The young PBA aspirant takes all of these life lessons to heart. Joseph Terso knows the road to a dream is not an easy one. He’s willing to put in the hard work. After all, he used to the challenges.