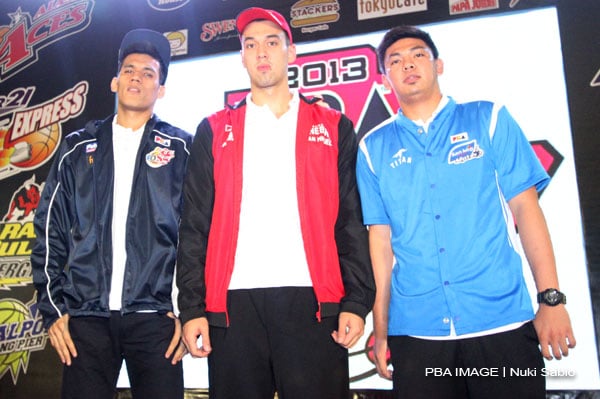 Proving that height is indeed might, Barangay Ginebra San Miguel caught a big fish in seven-foot Gregory William Slaughter as he was this year’s top overall pick in the 2013 PBA Rookie Draft Sunday at the Midtown Robinson’s Place in Ermita, Manila.

The former University of Visayas Green Lancer and Ateneo Blue Eagle center led the 44 hopefuls from the pool of 79 applicants, and is now poised to fortify the frontcourt of the crowd favorite Kings.

“It’s still surreal right now (that I was selected as the first overall pick). I can’t get over it. I’m just really happy right now,” said Slaughter.

As expected, the top three picks were the three celebrated big men as San Sebastian’s Ian Sangalang went to the San Mig Coffee Mixers at the second spot while Letran’s Raymond Almazan was picked third by the Rain or Shine Elasto Painters.

FEU’s Mark Bringas was the last applicant selected in the crop, drafted 44th by the Meralco Bolts in the seventh round.

The 39th season of the PBA kicks off on November 17 with a triple-header played in Manila, Cebu, and Davao. (RLeongson).