A TALE OF TWO BASKETS 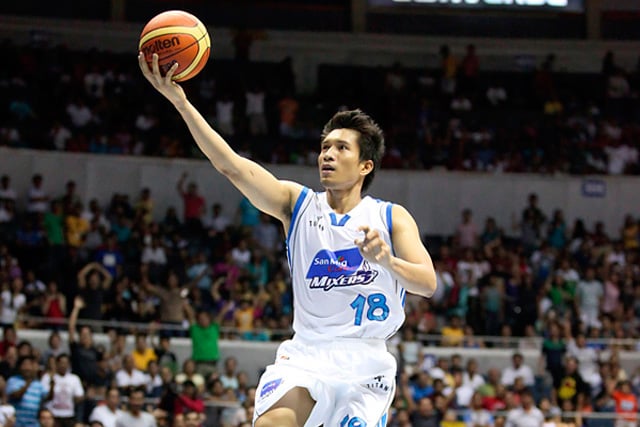 With the game hanging in the balance, James Yap caught the ball on the left wing behind the arc and threw a three-pointer as time expired.

The ball missed its mark.

It was the Game 4 of their best-of-seven semifinal series between San Mig Super Coffee and Barangay Ginebra San Miguel and the score read 85-82 for the Kings.

Two days later, with the series tied at two games apiece and the game dwindling down to its final seconds, Yap once again caught the leather from Mark Barroca on the left wing with his foot clearly behind the three-point line.

He popped up and fired a three-pointer, but this time, the ball went in with 13.4 seconds left in the game.

That proved to be the winning basket and the Mixers took a 3-2 series lead with a 79-76 Game 5 victory.

Whether it might be seen as a redemption of some sorts, Yap could only muster a few words. “At least, makakalimutan ko na yung Game 4,” he said.

Yap was freed in that crucial possession by Mark Barroca, who sucked in the Ginebra defense when he penetrated the paint. Little did the Kings know that he was going to kick the ball out to the waiting hands of the open Yap.

The two-time MVP said he already prepared himself for games like this, knowing that the stakes are higher with both teams gutting it out for a Finals spot, not to mention the rivalry between the two teams that has been dubbed Manila Clasico.