GETTING THE JOB DONE 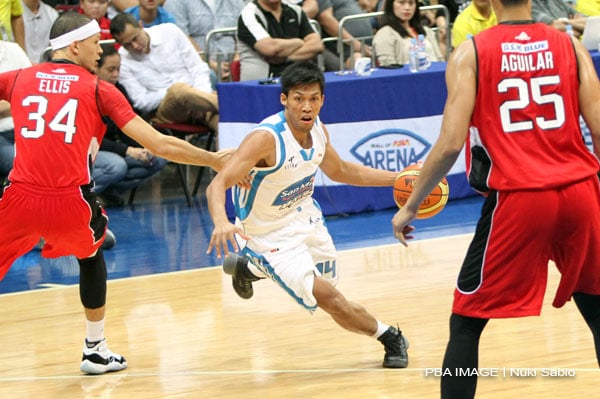 SAN Mig Super Coffee coach Tim Cone is not one to dwell too much on some very tantalizing prospects.

For the tactician, he and his Mixers must first get the job done against Barangay Ginebra Monday before setting their sights on the PLDT myDSL PBA Philippine Cup’s biggest prize at the Smart Araneta Coliseum.

“We got to finish it off,” stated Cone following his team’s 79-76 victory last Saturday that gave it a 3-2 lead in the best-of-seven series.

Another win and the Mixers will be making their 25th finals stint while giving Cone a chance to break out of a current 15-all tie with the legendary Virgilio “Baby” Dalupan for most titles in the league.

History also seems to be on the side of San Mig since it has won its last nine best-of-seven series when up 3-2, with Cone steering them in the last two.

Not if Ginebra could help it, however.

Kings coach Ato Agustin said they will do some adjustments at the matchups, but basically stick to the same strategy that netted them an 85-82 victory in Game 4.

James Yap boomed in a clutch go-ahead triple in the last 13 seconds and LA Tenorio missed two drives, the last one in the final seven seconds of the game carrying with it a big question mark since Ginebra was then down by three.

Yet Agustin primarily cited the 24 turnovers his charges committed, resulting in 27 points for San Mig.

Another thing which buoys up Agustin’s hopes is the fact Greg Slaughter, who played Game 5 despite suffering from some flu-like symptoms the night before, has been declared fit, healthy and raring to go.

Those all firm up Cone’s belief that he and his coaching staff must be ready for whatever adjustments Ginebra may make while his team should at least put in the extra effort to close the deal and arrange a best-of-seven championship series with Rain or Shine, which made the finals last Friday.

“It’s been a big battle of wits off the court,” noted Cone, adding the decision may hinge on one final play.

“It’s the ‘Manila Classico.’ It should come down to that last possession,” said Cone. (NC)