COACHES GIVE THUMBS UP ON PLAYER SWAPS 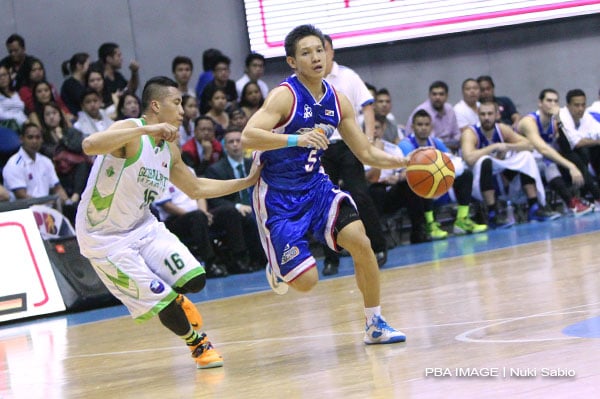 With Alex Cabagnot and Bonbon Custodio going to GlobalPort after the approval of the trades involving seven players, two draft picks and four teams, Batang Pier coach Pido Jarencio can only flash his pearly whites.

“Masaya naman ako sa nakuha namin,” he said, as the former UST coach bared that the decision was a combined effort between him and management.

The guards, who are set to join the team’s practice on Wednesday, will be having little time to get acquainted as GlobalPort is set to participate in a pocket tournament in Cebu together with their import Evan Brock, who is set to arrive Tuesday night.

Barako Bull coach Bong Ramos also expressed his satisfaction with the deals after hauling in forwards Jason Deutchman and Leo Najorda, as well as San Miguel Beer’s 2016 and 2017 second round draft picks.

“Ok naman kami sa trade,” he said. “It gives us more firepower because we are getting swingmen who can play the three and four positions.”

“They will help us in our three-point shooting and rebounding. Dun kasi kami nangangailangan and it gives us a better fit with our import,” Ramos added.

For its part, Air21 finally got a playmaker which it badly needs as former Finals MVP Jonas Villanueva will now wear the white and purple jerseys of the Express.

“I think most of the teams will benefit from the trade,” said coach Franz Pumaren. “Now, we have a natural point guard in Jonas, something we really needed last conference. But I think we still need big guys.”

Villanueva already reported to the Air21 practice Tuesday, and Pumaren is satisfied with what he saw in his new recruit.

“Ok naman yung first practice nya. He’s been out for a couple of weeks and he’s still getting his rhythm, but he’ll be alright,” he said.