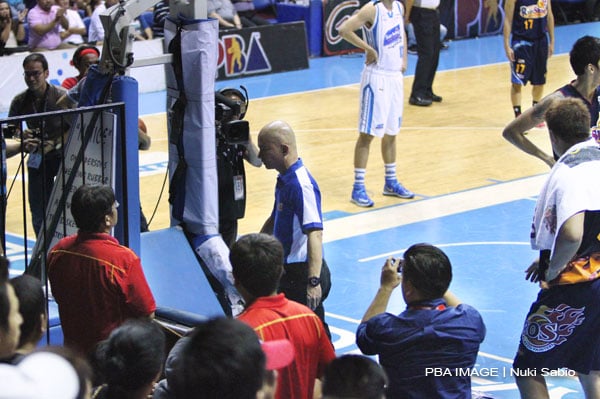 For walking off the hardcourt early in the second quarter of the PLDT myDSL PBA Philippine Cup Finals last Wednesday, Rain or Shine was fined P2 million by the PBA Commissioner’s Office.

The conference, which lasted for an hour, was friendly and cordial. The Rain or Shine officials explained their side on the incident, assuring the Commissioner that the walkout was never planned. Guiao stated that it was his decision to leave the playing court and that the owners had nothing to do with his action.

“Public interest dictates that walkouts can never be condoned – whether in a Finals game or not. A walkout represents a total disregard of the principles and values we want our players and teams to zealously uphold: sportsmanship and the tenet that public and fan interest is paramount,” Salud said in a statement.

Other matters were touched in the course of the discussion, with the amiable and soft-spoken Rain or Shine team owners agreeing to work together to further improve the league and continue its growth.

During the conference that the Office of the Commissioner had with the Rain or Shine team owners Raymond Yu and Terry Que, along with Board Governor Atty. Mamerto Mondragon, Coach Yeng Guiao and team manager Boy Lapid, the walkout staged by the ballclub in game 6 of the Philippine Cup finals was discussed. It was made clear by Coach Guiao that it was not a premeditated move on the part of the ballclub and he further acknowledged that it was his own decision to leave the playing court with the players.

This is a case of a partial walkout which under the rules is defined as the whole team leaving the playing court and returning to continue to play within the allotted time.

Public interest dictates that walkouts can never be condoned – whether in a Finals game or not. A walkout represents a total disregard of the principles and values we want our players and teams to zealously uphold: sportsmanship and the tenet that public and fan interest is paramount.

Deeply regrettable as it is, the ROS walkout is hereby penalized the sum of 2 million pesos (Php 2,000,000.00) for subverting public interest and the integrity of the game.