Fajardo after big game 1 win: We can’t be complacent 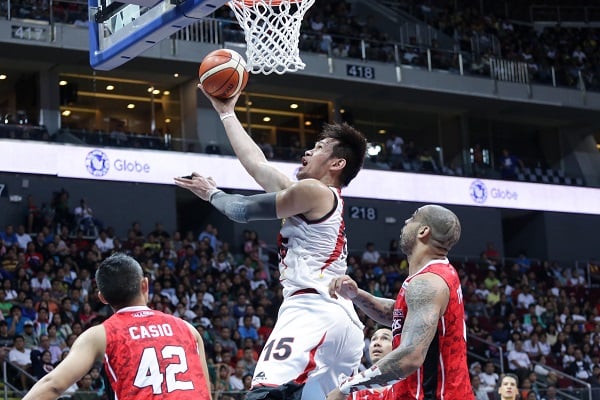 A step in the right direction: That’s what San Miguel has been doing all season long.

Taking the first game of the best-of-7 series against Alaska on Friday via 30-point rout, 108-78m the Beermen are slowly inching their way to winning their second title this year in the 2015 PBA Governors’ Cup.

But for June Mar Fajardo, the big Game 1 win doesn’t mean they Beermen are out of harm’s way with still three wins to go.

The Cebuano giant posted another huge game, tallying 18 points and 17 rebounds in the victory.

But he knows that it takes the whole team’s effort to clinch the title, more so against the Aces who have been known for fighting back from seemingly insurmountable leads in the past.

A favorite to win the Best Player of the Conference and Most Valuable Player plums, the 6-foot-10 big man also admitted that winning the award is the least of his concerns, saying, “Di pa yun nag-cross sa isip ko.”