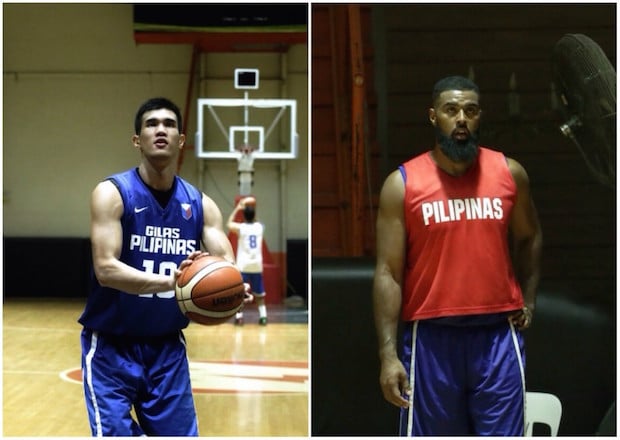 If it still isn’t obvious, Talk ‘N Text was the biggest winner in the 2015 Gatorade PBA Rookie Draft.

After selecting Moala Tautuaa as the top overall pick last Sunday, the Tropang Texters continued to add valuable pieces with the acquisition of second overall pick Troy Rosario from Mahindra two days after, fortifying what promises to be the squad’s foundation for the future.

“We got the bests of the Draft and we addressed what we really needed,” said Talk ‘N Text team manager Virgil Villavicencio.

The entry of Tautuaa and Rosario gives Talk ‘N Text size upfront, something that the team was sorely missing since Ali Peek retired two seasons ago.

Villavicencio also sees it as the Tropang Texters’ solution to the rest of the league’s problem – that is San Miguel Beer’s center June Mar Fajardo.

“All teams are looking for big men. I think the main thing here is how do you stop Fajardo. There must be some sense of semblance on how to stop Fajardo and we believe these two guys can do it,” he said.

It also helps that the two are getting a chance of a lifetime with their stint in the national team, learning the ropes from coach Tab Baldwin and getting at it with the best the PBA has to offer.

“We really saw what they can do,” said Villavicencio. “Tautuaa is guarding Andray Blatche, so we really saw he can hold his own. Rosario has also got himself some good showing with Gilas. We really liked our guys.”

Read Next
Victolero says Mahindra got what it wanted in exchange for Troy Rosario
EDITORS' PICK
Taal Volcano flexes signs of restiveness anew
Get exciting deals and discounts when you download the new McDonald’s App
China expands lockdowns to 25M people to halt viral outbreak
SM continues to send relief assistance to remote towns in Batangas
Beyond water service: Maynilad builds massive infrastructure projects to clean up Metro Manila waterways
BIR grants relief to Taal-affected taxpayers in Batangas
MOST READ
Taal Volcano flexes signs of restiveness anew
Lacson on Duterte’s threat to end VFA over Bato’s canceled visa: Where is the connection?
Part of Aurora Boulevard in Cubao closed from Jan. 25 – Feb. 1
Lacson presses SC to rule on international agreements like VFA
Don't miss out on the latest news and information.