Romeo is not a fluke, says Baldwin after Gilas win over Chinese Taipei-A 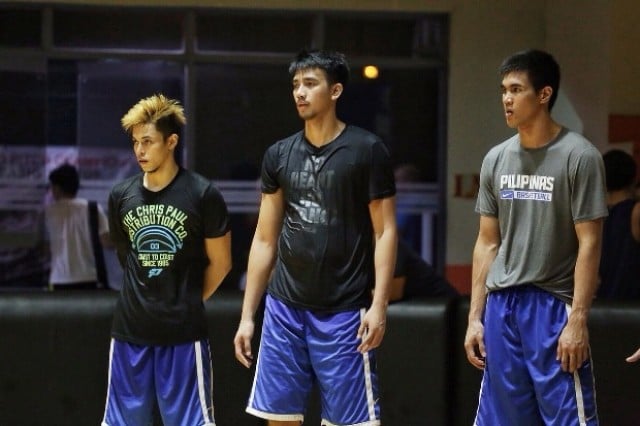 TAIPEI – Minus Andray Blatche and majority of the old Gilas group, newcomers Terrence Romeo and Calvin Abueva picked up the slack as Team Phl humbled Chinese Taipei, 77-69, in a triumphant comeback in the Jones Cup here Sunday night.

Old reliable Jayson Castro helped hold the fort, especially in the crunch, as the Nationals settled their old score with the Taiwanese for the inspiring victory churned out before a sellout crowd at the Xinchuang Gymnasium here.

A good number of Filipinos formed part of the mammoth crowd that stood as witness as Gilas avenged a loss suffered at the hands of Chinese Taipei during the preliminaries of the 2013 FIBA Asia Championship.

Moala Tautuaa, Dondon Hontiveros, Gabe Norwood and Marc Pingris had their contributions as Gilas Pilipinas finally tasted a win after dropping all three matches in an Estonian pocket tourney.

“Honestly, I don’t want to be carried away by this win. We’re happy to win it but there are so many things to work on, and we’ll focus on that,” said Gilas coach Tab Baldwin.

“It’s always a big thing for Gilas to win with millions of Filipinos back home and around the world happy with it. That’s the way it is in our country. But we’ll be back to work now. We play Korea (at 5 p.m. Monday) and that’s the only thing we’re thinking about now,” Baldwin also said.

Romeo and Abueva worked hard and provided inspiration in their Jones Cup debut.

“Terrence is not a fluke. He can play the way he played tonight. It’s truly his craft. He’s professional about his craft, and he deserves a lot of respect and admiration,” said Baldwin of Romeo who top scored with 18 points.

“We always know what he’s gonna get. He’s a ball of energy. He’s a solar energy. He’s amazing,” said Baldwin of Abueva who tossed in 15 markers and added five rebounds.

Romeo and Abueva were key factors as Gilas built a 19-point spread, 47-28, in the first half then weathered a fierce Chinese Taipei fightback in the final half.

At the finish, Castro joined forces with Abueva and Romeo to frustrate the home team and the home crowd that were hoping for a follow-up to their stirring overtime win over Japan Saturday night.

With Gilas still holding a shaky lead at 68-65, Romeo fired a big trey then Castro attacked the lane and pulled up for a twinner to ease the pressure.

At the height of the Gilas breakaway, the Filipino fans went crazy with Jordan Clarkson joining the fun, jumping up and down behind the Gilas bench.

Coming off the bench, Romeo and Abueva provided instant firepower, sparkling in a decisive 27-8 attack that carried Gilas to a 19-point spread at 47-28.