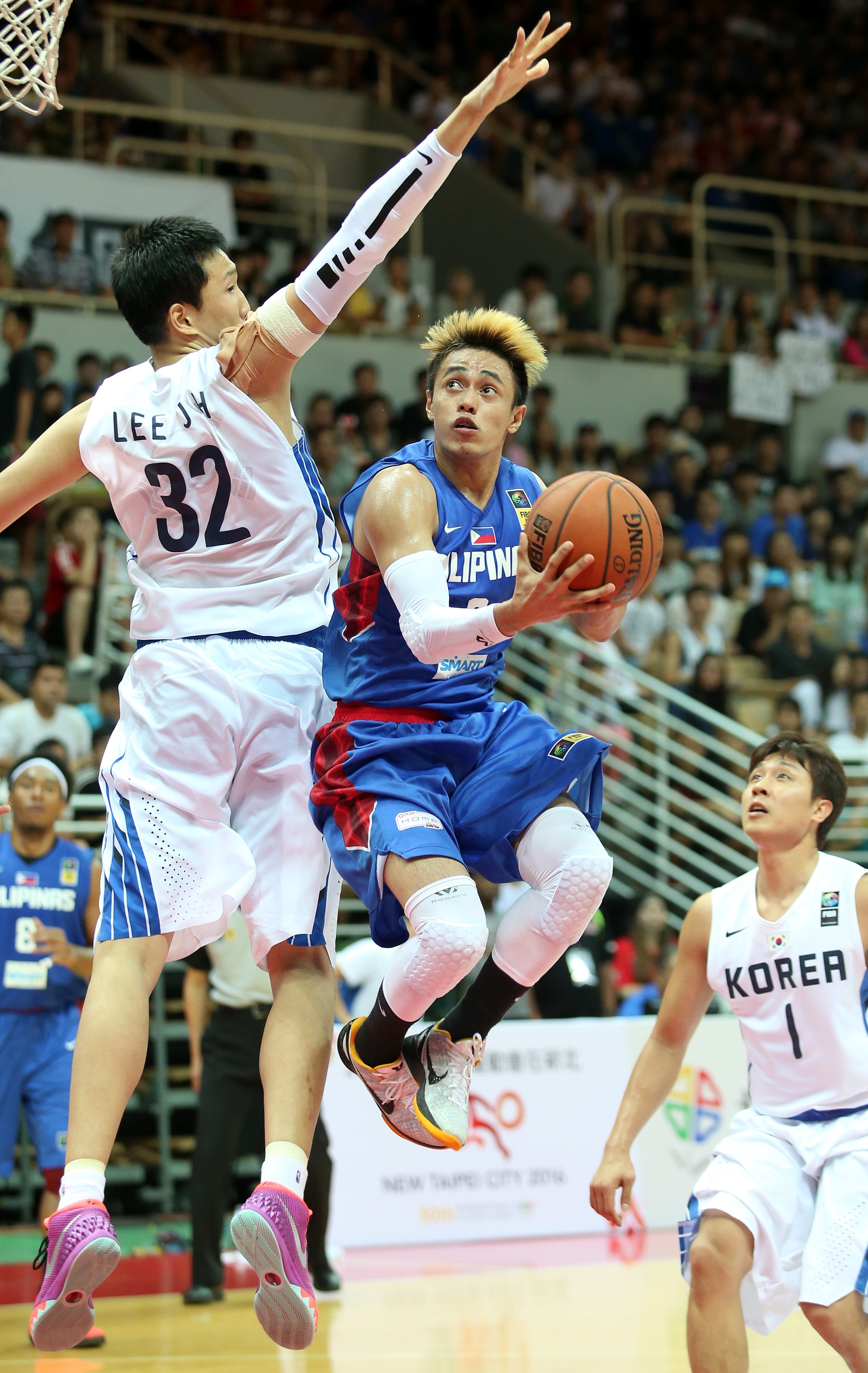 Gilas’ Terrence Romeo scored a game-high 23 points but his brilliant performance still wasn’t enough to rescue the Philippines against Korea in the 2015 Jones Cup on Monday night. CONTRIBUTED PHOTO

TAIPEI – Terrence Romeo sizzled with another highlight performance but Gilas Pilipinas staggered with a five-minute scoreless spell in the fourth quarter and bowed to South Korea, 82-70, in the Jones Cup here at the Xinchuang Gymnasium here Monday night.

Romeo came through with a brilliant game-high 23-point explosion but failed to save the Nationals from the 12-point defeat that came the night after their triumphant debut against the home team.

“I just think our defense wasn’t good. Offensively, we didn’t have a good flow. Too individual and that’s something we have to work on,” said Gilas coach Tab Baldwin.

The Globalport hotshot, the scoring champ in the PBA last season, went three-of-four from the arc and struck on acrobatic layups as he kept the fire of his 18-point showing against Chinese Taipei.

Romeo delivered his No. 1 highlight play midway through the third period, scoring on a floater off 7-foot-3 Korean center Ha Seung-jin that sent the crowd up on their feet.

Gary David also fired three treys and finished with 16 markers but no other Gilas player finished in double figures.

The Filipinos were held to 16 points in the fourth canto – all courtesy of Romeo and Calvin Abueva.

Gilas was still ahead, 58-56, before going scoreless for nearly five minutes.

Falling behind at 58-69, Romeo strung up six straight points but the Koreans answered with a 7-1 binge and coasted through to victory.

The Koreans ran a 13-to-nothing attack to pound the Gilas breakdown, taking command at 69-58 and holding on to break into the win-column following back-to-back losses to Iran and Spartak-Primorye of Russia.

More cohesive and fluid in their third game here, the Koreans repeated their conquest of the Filipinos in their Asian Games showdown in Incheon last year.

It was easier for the Koreans here with the Filipinos self-destructing in the payoff period. (SB)