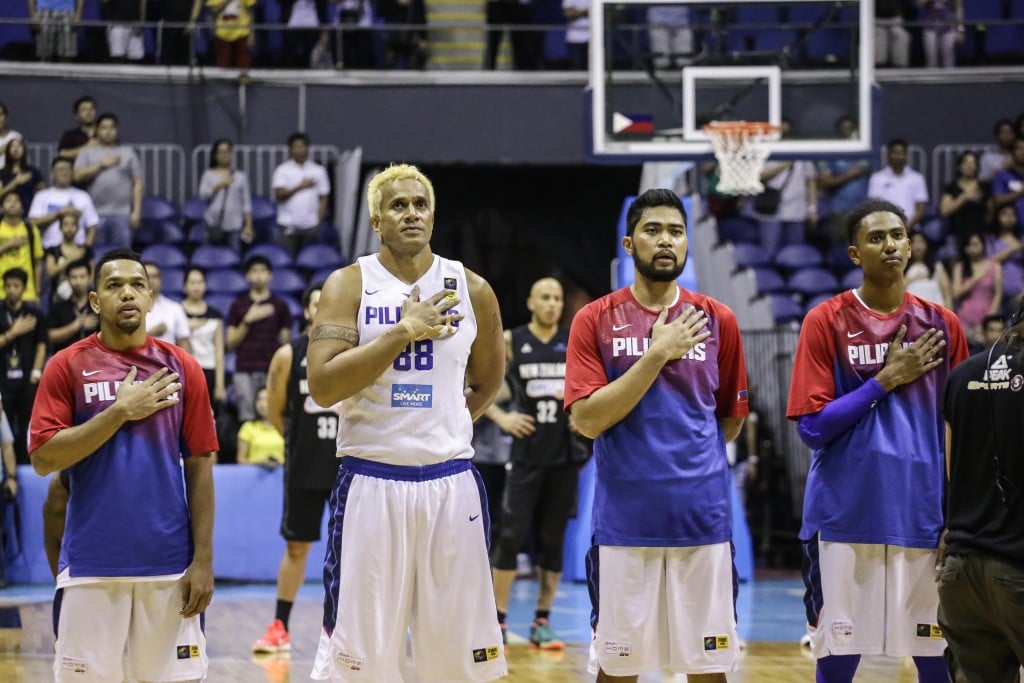 The Nationals are raring to come out strong to set in motion a bid to improve on a second-place finish the last time in Manila and finally reclaim the Asian crown the country last won in 1986.

Coach Tab Baldwin and his troops are expected to handily beat the Palestine side, a former FIBA Afro campaigner debuting in the FIBA Asia event.

They will also be out for routs against Palestine Wednesday, Hong Kong Thursday and Kuwait Friday.

“(We still have) more days ahead of us to prepare. We have some games we believe are important for us to obviously win. Those games should help us for the games in the latter rounds where you’re gonna play the top teams in Asia,” Baldwin said.

“The reality is we should control those games reasonably well. Those are games where we can continue to evolve our system, refine and perfect what we’re trying to do,” Baldwin also said.

“We need to be dominant of those games for our mentality and psychology,” he added.

Palestine, Kuwait and Hong Kong are lightweights ranked outside the Top 10 in FIBA Asia ranking in the lead-up to the regional Olympic qualifier.
The Palestinians once bagged the bronze medal in the African Championship in 1964.

Coach Jerry Steele and his team qualified to the 2015 FIBA Asia Championship as they placed third behind Lebanon and Jordan in the West Asia Basketball Association Championship. They performed better than Syria and Iraq in the WABA eliminator.

Featuring a roster with an average height of 6-4 and an average age of 25, Team Palestine has 6-8 power forward Sani Sakakini as main man. He’s veteran of the Jordan, Chinese and the Lebanese leagues, averaging 20.4, 11.9 rebounds and 2.0 steals with the Hoops Club in Beirut recently.

Conspicuously missing in their lineup is longtime star Omar Krayem, a streak shooter who suited up as Globalport’s Asian import in the last PBA Governors Cup. (SB)