Hotshots step up for injured Reavis 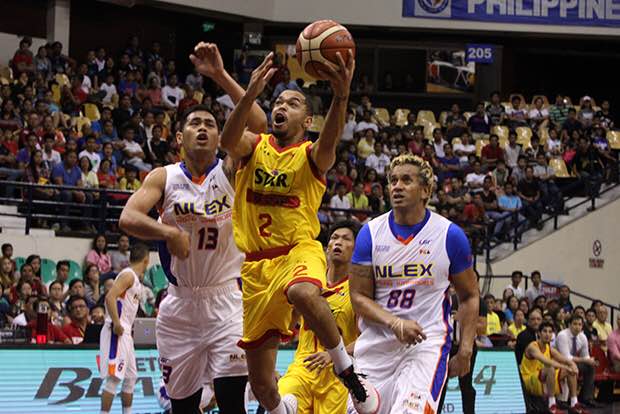 With a key contributor in Rafi Reavis down due to a finger injury, the rest of the Star Hotshots have stepped up in his absence.

The veteran center will be out for at least six weeks and Justin Melton knows that even the guards have to fill in the hole left by Reavis.

“Coach really emphasized rebounds. Rafi has been a big part of our rebounding game and having him out, everybody has to step up,” said Melton.

The Hotshots did get solid contributions from their guards and the team drew a collective effort overall — especially in the rebounding department — in a 97-95 squeaker over the NLEX Road Warriors on Sunday.

Melton had six rebounds in addition to his 13 points while his backcourt tandem Alex Mallari grabbed seven rebounds aside from his 14 points.

The bigs also did their part with Jake Pascual posting a double-double with 11 points and 11 rebounds.

In fact, every Hotshot who was fielded in grabbed at least a rebound.

“It’s tough and definitely a challenge, but we’re deep. It’s just our overall team effort, that when somebody goes down, somebody steps up,” Melton said.

‘Hatid-sundo’ for APORs not allowed during ECQ — PNP