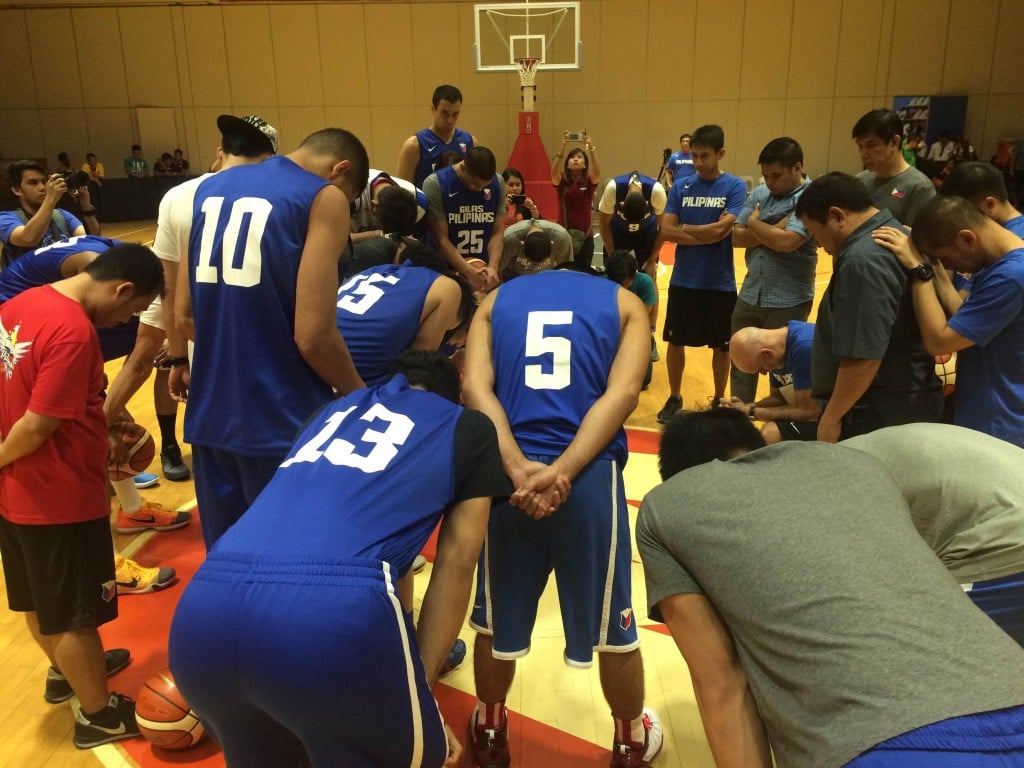 The latest national team pool, arguably the best team assembled since the Gilas Pilipinas program began in 2009, convened for its first official practice on Monday night.

It was Gilas’ first step towards its bid to make the Olympics through the qualifiers where it will go up against world basketball powers.

A tall order but not an impossible task with a retooled version of Gilas 3.0 spearheaded by two-time PBA MVP June Mar Fajardo, Gilas veterans like LA Tenorio, Marc Pingris, Gabe Norwood and Jayson Castro and the biggest revelations during the country’s 2015 Fiba Asia Championship campaign Terrence Romeo and Calvin Abueva.

Fajardo, the most dominant Filipino player today, missed the Philippines’ silver-medal finish in China and so did Marcio Lassiter and Paul Lee.

Greg Slaughter, Ginebra’s 7-footer who has been playing his best basketball in the 2016 PBA Philippine Cup, is also part of the pool along with fellow Gin King Japeth Aguilar and Rain or Shine’s Jeff Chan, who was part of the PH team that bagged silver in the 2013 edition of the Fiba Asia held in Manila.

Lee, Abueva and Dondon Hontiveros were in attendance but didn’t participate in training. The two Alaska stars just arrived from playing a couple games in Dubai while Lee is still nursing a knee injury.

Back for another possible national team stint are Matt Ganuelas-Rosser, Troy Rosario and Ryan Reyes. The Star Hotshots’ Ian Sangalang, who is in his first national team call up, also attended.

Gilas got a needed boost after the PBA committed its full support last month.

The wild card phase will be played early July of next year with the Philippines also vying to be one of the three hosts of the tournament.

The Philippines could play the likes of world class teams like Greece, France and Serbia to name a few with only three or one per group will nail an Olympic slot.