Mallari: Star is ‘the best team with the worst record’ 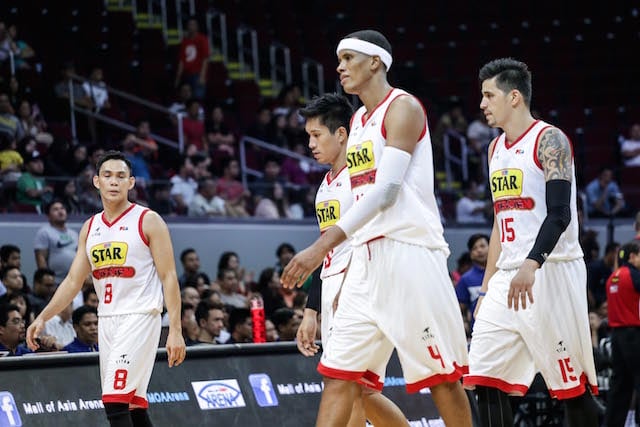 For Alex Mallari, Star’s record isn’t a reflection of how good the team is this 2016 Smart Bro PBA Philippine Cup.

“I think we’re the best team with the worst record right now. We honestly believe that,” he said.

Fortunately for him, the Hotshots had a chance to prove just that, snapping their four-game slide with a 104-96 victory against Mahindra on Sunday to close in on a quarterfinals berth.

Mallari was sensational in the win, finishing with 20 points and three rebounds in the big win for Star.

“It’s good that we’re finally getting some momentum, but now we need a back-to-back,” he said, as the Hotshots improved to 3-6. “It’s pretty much a do-or-die game for us. We need to get back on track.”

Struggling to find its footing in its last games, Star acknowledged the mistakes it did during that stretch and saw defense as the main point of concern. It has been allowing 94.5 points and has been a disaster on the boards, ranking second-worst in the league with just 46.9 rebounds per outing.

And Mallari shared that the team did try to fix that.

The fourth-year swingman also admitted that the fink could still be attributed to Star trying to adapt to coach Jason Webb’s system, but the whole team is taking the learning curve in stride. “We all know it’s going to take time. Everyday, we just got to stay at it and have trust on coach Jason. We just got to keep the momentum going forward,” he said.

Now just one win away from making it to the playoffs, Mallari and the rest of the Hotshots know that every game is a must-win for them, as they gun for a better placing come playoff time.

“We just got to win these last two games. If it’s a best-of-three (in the quarterfinals), I think we have a good chance of making it,” he said.