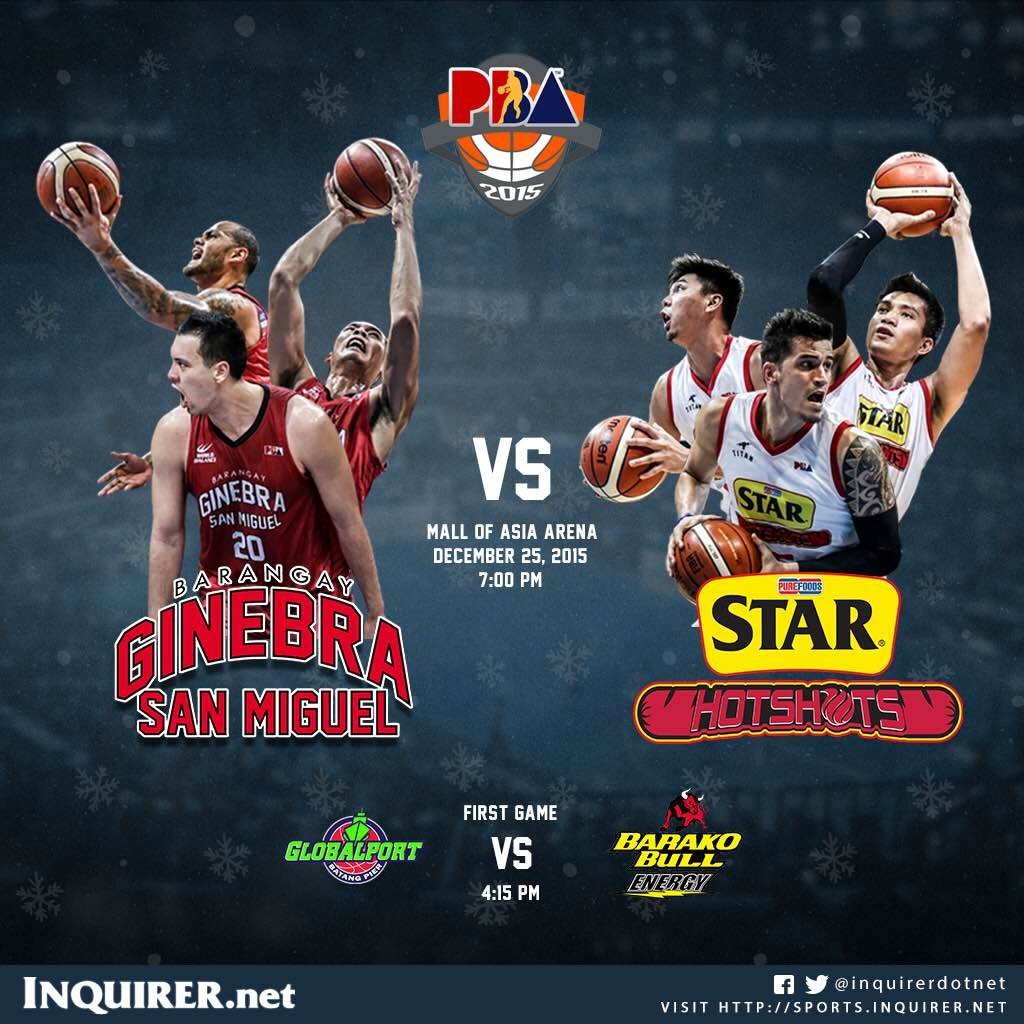 The Philippine Basketball Association has got this to offer in the Barangay Ginebra-Star pairing at the start of the Smart Bro Philippine Cup quarterfinals at Mall of Asia Arena in Pasay City.

The most followed PBA rivalry in the post Crispa-Toyota era, the Gin Kings and the Hotshots face off in a playoff for a spot in stage two of the quarters versus the winner of the Globalport-Barako Bull tussle.

Ginebra has the advantage, though, with its twice-to-beat incentive plus the momentum gathered towards the end of the elimination round.

And how will the Hotshots handle the towering pair of Greg Slaughter and Japeth Aguilar? That’s a nagging thought for rookie coach Jason Webb.

Ginebra coach Tim Cone, meanwhile, has his knowledge of Star’s glorious past to remind him the Hotshots can’t be taken lightly.

“They handled us so easily the first time we played them. Hopefully, we are a better team and we understand a little bit more what we want to do,” Cone also said.

James Yap and his teammates sprang out strong off the starting block and pushed themselves hard all throughout in an 86-78 demolition of the Gin Kings in their elimination-round tussle.

Curiously, that was the Hotshots’ best showing thus far in a struggle under their rookie coach.

The Hotshots barely made the playoffs with a 4-7 win-loss record while the Gin Kings have seemingly settled down after a struggling start, securing fourth playoff seeding after a three-game closing romp in the elims.

“We haven’t found a way to win back-to-back games. If there’s a time for it to come, it’s now,” said Webb.

“We need three straight wins to make the semis. “It won’t be easy. It’s a different course (for the Star team),” Webb also said. (SB)