Alaska back in the finals after ripping GlobalPort

With hardly any difference from the previous games, the Aces overwhelmed the Batang Pier on both ends and thus completed an easy 4-1 romp in the best-of-seven semifinals series.

Booking a third finals appearance in the last four conferences, the Aces take a shot at the coveted crown either versus the San Miguel Beermen or the Rain or Shine Elasto Painters.

It could be a repeat of the all-Filipino finals last year or a first-ever championship showdown between the Aces and the Elasto Painters.

With their choking defense, good transition plays and fluid half-court set, the Aces set the pace all throughout in nailing a 29th finals in franchise history.

The Aces pursue a first all-Filipino plum since 2000 and a first crown in any conference since their title run in the 2013 Commissioner’s Cup under coach Luigi Trillo. 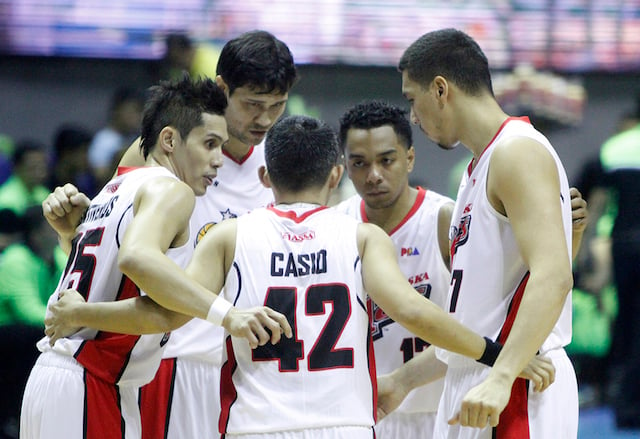 The second winningest franchise in the league, Alaska stamped its class on Globalport, pounding the Batang Pier in the next four games after a surprised 93-107 loss in Game One.

They spread their production to gobble up the bulk of the Globalport production coming from Terrence Romeo, Jay Washington and Stanley Pringle.