Aces go for 2-0 lead vs Beermen 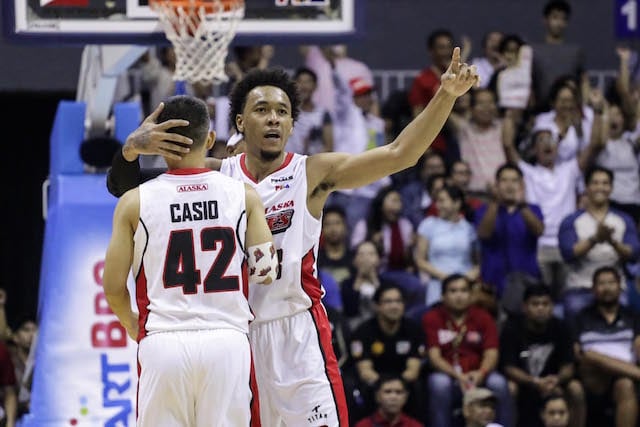 Alaska won’t be lulled to complacency by its Game 1 win.

Barely pulling off a come-from-behind 100-91 win Sunday, the Aces are convinced they have to work harder and play tougher as they try to make it two in a row versus the San Miguel Beermen in their Smart Bro PBA Philippine Cup best-of-seven titular series at the Smart Araneta Coliseum Tuesday.

“They bounced back hard to pummel us in the next game,” Compton recalled.

The Beermen are eager to do just that again.

“Mabigat malugmok sa 0-2, so we’ll do everything to avoid plunging to that hole,” said Austria.

Though trailing most of the way, Alaska stayed in the battle before coming through with a decisive flurry at the finish to steal Game 1 at 100-91.

Curiously, the Aces thoroughly beat the Beermen on certain stats departments, but barely pulled through coming from a 12-point deficit.

“The box scores will be deceiving to anyone who didn’t watch the game. We just had some guys stepping up late in the game,” said Compton.

But despite those big disparities, the Beermen set the pace almost throughout until running in a maze of errors and misses in the last two minutes.

The Beermen led most of the way and were still enjoying a comfortable lead entering the last five minutes of the game.