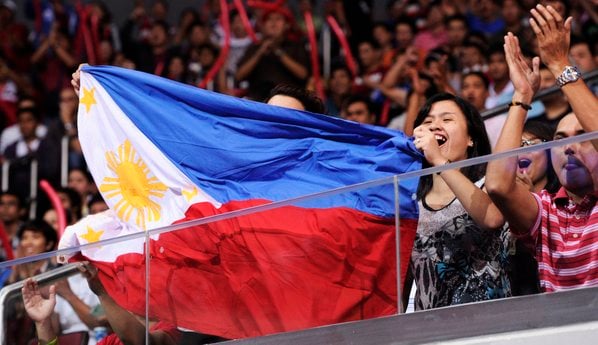 A fan waving a Philippine flag. Photo from Fiba.com

After missing out on its bid to host the 2019 Fiba World Cup, the Philippines got a consolation as it was chosen to stage one of three Olympic qualifiers slated on July 5 to 11.

Hosting the qualifiers will give Gilas Pilipinas a boost in its campaign to crash the 2016 Rio Olympics after failing to nail an automatic berth when it lost to China in the 2015 Fiba Asia Championship last October.

Serbia and Italy were the two other countries that will host the qualifiers, as announced by the official Fiba Twitter account Tuesday night.

The groupings of the countries will be determined on January 26 after a draw conducted by Fiba.

Three years ago, the Philippines successfully hosted the 2013 Fiba Asia where it won the silver medal and secured a trip to the World Cup the following year.