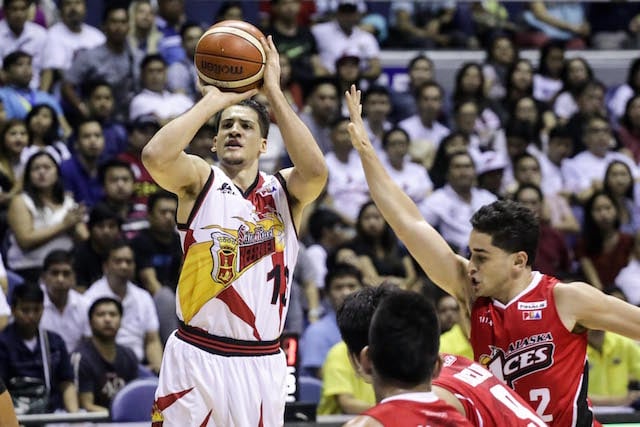 As San Miguel tries to complete a comeback for the ages, swingman Marcio Lassiter won’t guarantee anything except that the Beermen will leave everything on the floor on Wednesday.

The Beermen aim to make history as the first team in the league to come back from a 3-0 deficit and win when they face the Alaska Aces for one final time in Game 7.

“We knew since Game 4 that the pressure’s on us. We knew there’s no way we can win a championship but win four straight games. We knew every game is a do-or-die, win-or-go home. So every game, we just want to give our all,” said Lassiter

The Beermen have racked up three straight wins to tie the series at 3-3, and in those three victories, Lassiter has seen an uptick in his shooting percentage with the help of the return of his star teammate June Mar Fajardo.

“It could be a correlation. He’s opening us up shooters and it’s been helpful. He draws so much attention and he’s someone you can’t really miss,” he said.

Lassiter, though, knows it will take a total team effort to win the championship.

“June Mar is the MVP, but we’re a team. If we play as a team, good things happen,” he said.

“As we go closer to Game 7, we just got to bring the momentum,” he said. “Game 7 could go either way. We need to come out aggressive as we’ve been doing, stay with the game plan, let our true championship colors show.”