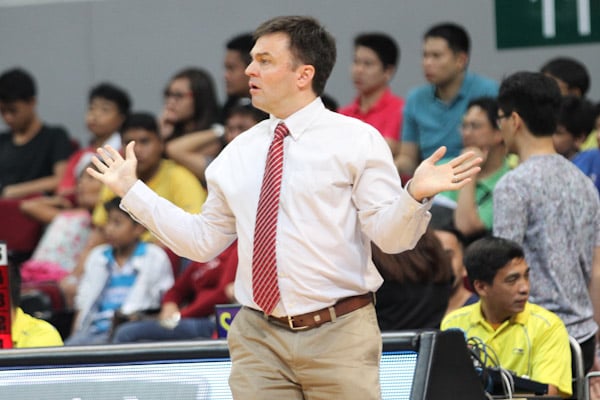 It was one of the most bizarre ways to start the final game of the 2016 Philippine Cup.

Compton had Cyrus Baguio, Dondon Hontiveros, Eric Menk, Rome dela Rosa and seldom-used center Sam Eman as his starters before calling three timeouts just for his players to warmup as the game went into a five-minute lull.

Compton’s move could be an attempt to disrupt San Miguel’s momentum. The Beermen came into the game winning the last three games to become the first team in PBA history to force a Game 7 after trailing 0-3.

But that’s not all, as Compton had a platoon substitution — inserting a different lineup with Vic Manuel, Calvin Abueva, Sonny Thoss, and RJ Jazul to team up with Baguio to finally get the action going.

As of posting, San Miguel is leading Alaska, 43-38, at halftime.