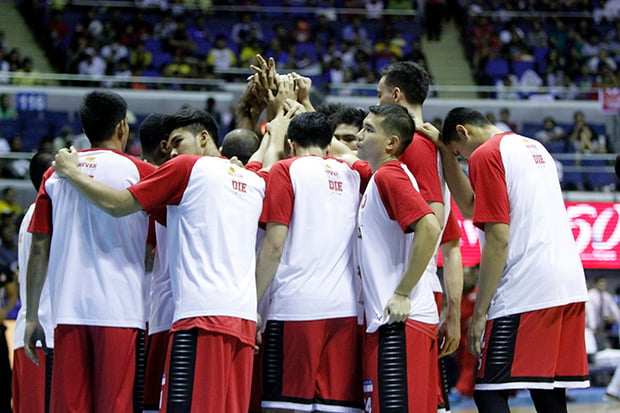 If Ginebra’s last two games are any indication, playoff-bound teams may not want to face the Gin Kings, who are playing their best basketball under head coach Tim Cone, entering the quarterfinals.

Ginebra gave the top two teams in the league quite a beating — handing second-running San Miguel Beer a 26-point loss three days ago before hammering out a 103-90 win over top team Meralco on Wednesday.

“We just come off two big wins going to the playoffs. It all starts in our defense. We’re all getting involved in defense,” said Slaughter.

“It was tough. I got to give it to my teammates for being there, always having me executing our gameplan and defense on him. It was my teammates helping me out to contain Arinze,” said Slaughter, who was tasked to slow down the bull strong Onuaku.

The two wins kept the Kings (7-4) in the fight for that all-important top two finish that comes with a twice-to-beat edge in the quarterfinals.

“In my first conference, I got that taste of the semifinals and after that, I thought it would be a regular thing, but here we are eight conferences later and we’ve never been back,” he said.

“I’m more happy with how we’re playing now heading to the playoffs. We had a really good defensive effort and it’s time to focus and get better because it’s playoff time. I think we’re making progress and we still have more room to improve, so we just got to take it one game at a time, play every game real hard in the defensive end like how we do in our last two games.”