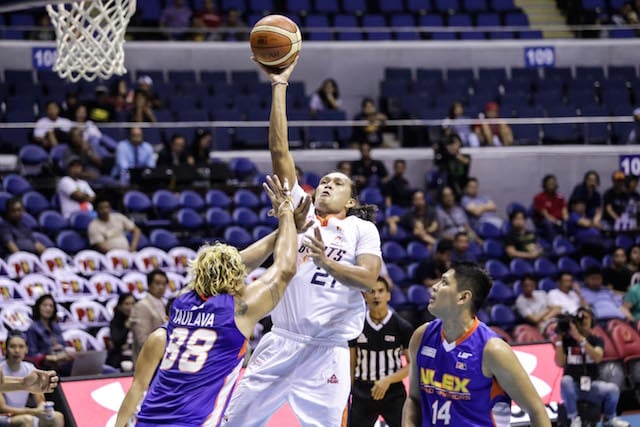 With the opposing defense trying its earnest to limit Arinze Onuaku’s production every game, Meralco has to draw huge contributions from its locals.

And on Monday, it was Reynel Hugnatan who gave the Bolts the huge lift.

The 37-year-old forward teamed up with rookie Chris Newsome in the fourth quarter as they pounced on NLEX and come away with the 104-97 win to advance to the semifinals of the 2016 Oppo PBA Commissioner’s Cup.

Hugnatan came off the bench and poured in 10 of his 20 points in the payoff period and added seven rebounds.

With the Bolts back in the semifinals just like last season, Hugnatan is hopeful his team will have a better showing this time out.

And Hugnatan wishes the Bolts will finally get over the hump.