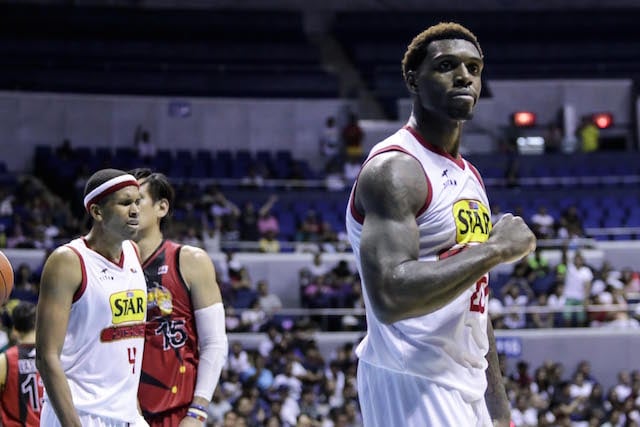 With Star’s back against the wall, Ricardo Ratliffe knew his team had to come out of the gates firing.

And after 48 minutes of basketball, the Hotshots got the job done, extending their conference with a masterful 108-99 victory over the top-seed San Miguel on Monday.

“They only have to beat us once and we have to beat them twice. We had to go out there in the first game and play everything on the line, or else, we’re done. That’s what we tried to do and fortunately, we won the first one,” he said.

Compared to the two team’s duel in the eliminations, the Hotshots truly have learned their lessons and they used it to their advantage in the quarterfinals, as Ratliffe noted, “We just got more aggressive on the offensive glass. That’s really my forte and strength so I just try to make sure to go for every offensive rebound.”

With a chance to complete the upset on Wednesday, Ratliffe said all the Hotshots have to do is to play the same way.

“Basically, we have to do the same thing we did tonight. Play very aggressive defense, finish in rebounds, run the floor, and our guards did a good job of getting open shots.”