Abueva, Alaska bracing for all-out war in decider vs TNT 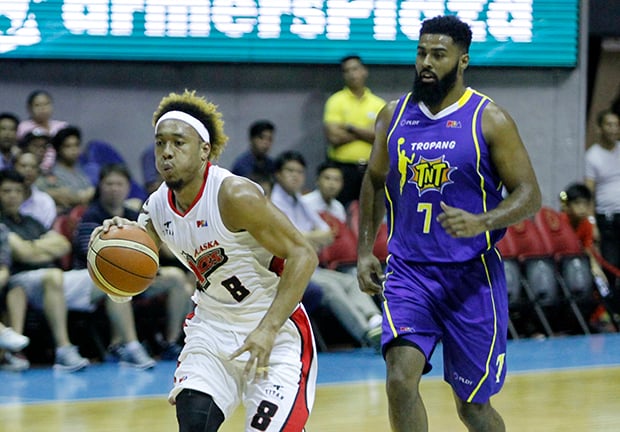 Once again, Calvin Abueva proved to be the motor that keeps Alaska running.

With their backs against the wall amid a raging TNT fightback, the Aces leaned on the energetic forward and pulled off a tough 85-81 victory on Tuesday to force a do-or-die Game 3 in their quarterfinals series.

Abueva towed the Aces to the victory with his 15 points, five rebounds, and three assists, but most of all, he orchestrated the choking defense that had the Tropa struggling to find their mark from beyond-the-arc, as TNT went on a paltry 4-of-24 clip as a team.

But Abueva admitted his heart almost jumped when Troy Rosario got a good look on an open trey in the final 8.3 seconds.

With Alaska pushing the series to a deciding Game 3 on Friday, Abueva said the Aces have to continue pouncing TNT on the defensive end and give their all if they want to progress further in the playoffs.