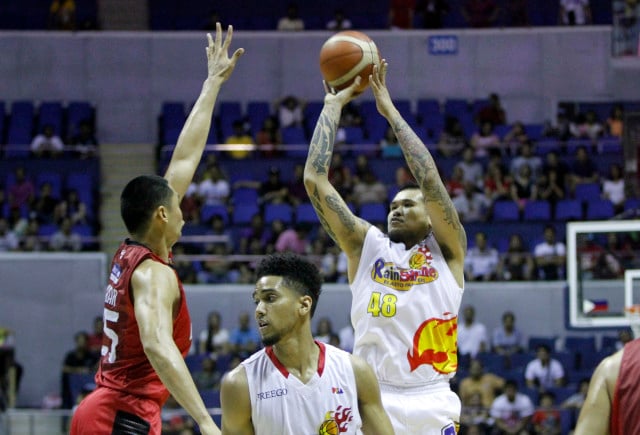 No one from the Rain or Shine camp expected a sweep against a tough Ginebra side in their best-of-three quarterfinals series.

What the team expected, though, was a stronger start in Game 2 to avoid falling behind big again, just like what happened in Game 1.

That emerged as the biggest difference for the Elasto Painters as they took control early en route to a 102-89 victory on Tuesday to advance in the 2016 Oppo PBA Commissioner’s Cup semifinals.

Quiñahan continued his magnificent run this season, racking seven of his 21 points in the payoff period and had five rebounds as the Painters joined the Meralco Bolts in the Final Four.

And regardless which team Rain or Shine gets to meet in the semifinals, Quiñahan said the Painters will be ready.